Mike, Brad and I did a virtual trivia game together Wednesday night hosted by Robear, here were the questions:

1. TV Actors – Jack McBrayer received an Emmy nomination for his role as NBC page Kenneth Parcell on what sitcom that aired from 2006 to 2013? I came up with right answer right away, and the other two talked me out of it (I wasn’t really sure of my answer anyway).

2. Animals – Lion’s mane is the largest known species of what kind of animal, the largest recorded being more than seven feet in diameter and 120 feet long? Good guess for low points.

3. Monuments – Completed in 1836, the Arc de Triomphe was commissioned by what world leader following his victory at Austerlitz in 1805?

4. Operations – A 1992-1993 initiative code-named Operation Restore Hope was a humanitarian operation in what African country?

5. Famous Names – What pioneer and frontiersman who died at the Battle of the Alamo is the namesake of a certain fixed-blade hunting knife?

6. Bands – Peter Cetera, Terry Kath and Robert Lamm are among the singers who have been lead vocalist of what Rock ‘n Roll Hall of Fame band?

8. Actresses – Comedian and actress Mo’Nique won the Academy Award for best supporting actress for her role in what 2009 film? Here she is in a film released three years earlier… 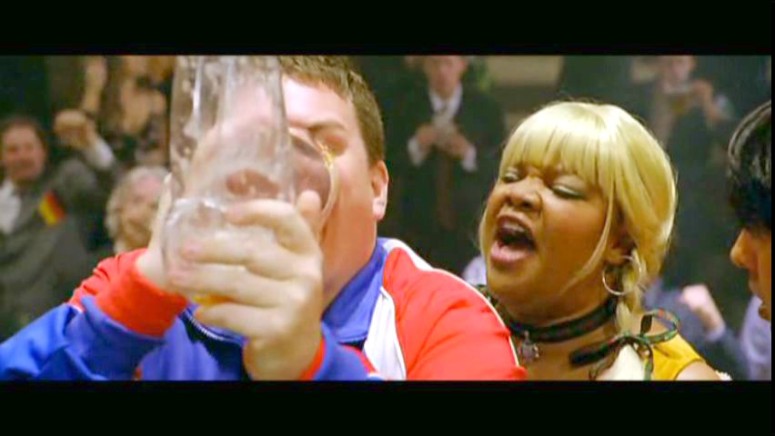 9. Colors – In the 1990s, Crayola released a line of crayons called Color ‘n Smell. What color was the crayon named “pet shop?” Yes, it’s exactly the color you think it would be…

10. Islands – Aquidneck Island, which is home to the municipalities of Portsmouth, Middleton and Newport is officially known by what name, which is fitting because of where it’s located?

Give the last name of the well-known person who has the initials C.B.

M2 – NBA player nicknamed “The Round Mound of Rebound,” due to the combination of his skills and physical shape

What actor had regular roles on the TV series The Famous Teddy Z, Partners and The Trouble with Normal, all of which aired only one season, before starring in an Emmy-winning role for 12 years on another series?

All teams missed this.,..