I “tuned in” to a live streamed trivia show Tuesday night. Normally we do this on Wednesdays, but the host we like to watch will be doing a “pay to play” Sporcle show tonight instead. Though I gave the “pay to play” option a thought, I decided I didn’t want to do it. Mainly because I don’t want to use conferencing software unless it’s absolutely necessary. I’d rather focus on answering questions correctly – not worry about “technical difficulties!”

I didn’t think I’d be continuing to do “recaps,” but since I recently decided to give myself a break from doing my own question sets each day, this kind of frees up some more time!

I still enjoy the free shows that “Mike D” has been putting on! He’s pretty chill, has pretty long hair and does a pretty good question mix. Plus he has pretty long hair (LOL)! Sorry…sometimes I’m a sucker for “hippie boys” (though technically my tastes are quite varied…I also like nerdy types). Hey…I’m nothing if not honest!!! I’ll probably try to slip him some kind of cash tip if live trivia ever gets reinstated (he deserves a little something for putting on so many of these shows for free on his own time). I don’t do “PayPal,” but I would happily spot him some cash!

Here are the questions, excluding the visual mystery round, which I didn’t photograph.

No WONDER I couldn’t track down any box office figures for this! I guess it was only released on Disney +…which is one of many, many reasons I haven’t seen it (and likely never will). I didn’t even like the original animated version – and I don’t NEED to hear Justin Theroux voicing a dog (though  he was quite the sexy yuppie in American Psycho).  He’s actually quite a good screenwriter, too! He helped write Tropic Thunder… 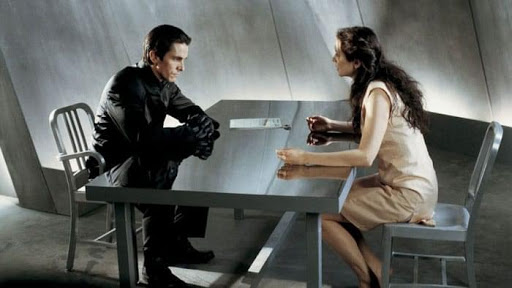 See? I don’t like just hippie boys! I also kind of like Christian Bale in his movies, too…

Adam Driver, Jeffrey Dean Morgan, Michael B. Jordan and Josh Brolin are the four most recent performers to win the MTV Movie Award for Best Villain. Name three of the four villains they received their award for playing (on film or on TV).

I knew who Josh Brolin played (with Mike’s assistance), and knew who Adam Driver played (guy who is both ugly and hot…need to think about doing a blog about those guys). Also knew a villain that Jeffrey Dean Morgan played in Watchmen, strangely enough (though that was not the movie they wanted for this answer). So…fail. Nice question, though!

That’s it for our trivial pursuits for the week, other than maybe checking out Jeopardy!