Game One
1. Voyages: Christopher Columbus and his crew traveled on ships called the Niña, Pinta and what third name?

2. 70s TV: Les Nessman, Jennifer Marlowe and Johnny Fever were all main characters on what CBS series that aired from 1978 to 1982?

5. Discoveries: Within one, in which decade was the famous mummy named Otzi discovered in the Alps – whom was thought to have lived between 3400 and 3100 BCE?

6. Shakespeare: The 1999 romantic comedy 10 Things I Hate About You was loosely based on what Shakespeare comedy?

7. Buildings: It was recently announced (in March, 2020) that what Detroit convention center – built by the city of Detroit in 1960 –  will be used as a temporary hospital to help provide medical care to corona virus patients? Nerd bonus for knowing both the name of this building and its former name.

8. Fun Foods: What specific type of candy was rumored to – according to urban legend – cause the eater’s stomach to explode if consumed while drinking a carbonated beverage?

9. Board Games: In which post-apocalyptic cooperatively played board game – launched by Guillotine Games in 2012 following a successful Kickstarter campaign – do the players – known as “survivors” –  acquire weapons and team up to fight zombies that have taken over a city in a variety of scenarios?

10. Actresses: What actress is credited in the following films – Election, Sweet Home Alabama and Wild?

The four sovereign nations in the Caribbean’s “Greater Antilles” are Haiti, Jamaica, Cuba and Dominican Republic. Put them in order starting with the least populous to the most populous (per the most recent population estimates).

2. Song Lyrics: What Canadian province is mentioned by name in the Carly Simon #2 single “You’re So Vain?”

4. Fashion: What type of loose short pants worn below the knee (usually gathered around the legs) shares its name with the slang term for women’s underpants in Britain?

5. Wrestling: Former professional wrestler André the Giant was born May 19, 1946 in what former Olympic host city?

6. Video Games: What arcade game released in 1995 by Atari involved the player taking part in a Strategic Tactical Advanced Alien Response (STAAR) military incursion to prevent aliens, known as the Kronn, and alien-created zombies from taking over a secure military facility?

7. Landmarks: Name the landmark (pictured below) that was featured prominently in the 1977 sci-fi film Close Encounters of the Third Kind. Nerd bonus for knowing the name of the U.S. state in which you’d find this landmark. Please no cheating by doing a reverse image search, people – is there NO honor among thieves? LOL…

8. Pasta: Farfalle pasta is also commonly called what name – which is shared with a fashion accessory?

9. Film Characters: Regan MacNeil is the central character in what horror film series?

10. Comic Strips: What specific dog breed is “Marmaduke” in the comic strip of the same name?

Identify the name of the movie (not the athlete) in the following images: 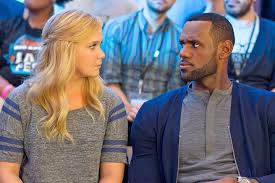 Introduced in 1959 by Fisher-Price along with a school bus pull toy, what toys made of wood and lithographed paper – were inducted into the National Toy Hall of Fame in 2010?