The most recent bout of “Snowmageddon” left some of us ‘Pods feeling a bit – cooped up – and wanting to scratch that trivia “itch” – so we ventured out for the trivia scene at Sticks Thursday. Despite a 9 point flub in game two, we still wound up with a $15/first place prize in game one, and a $10/second place prize in game two for 133 points overall. Nice, nice instances of teamwork in this game! “What was the name of that actor in (name of TV show)?” Also, Mike’s love of heavy metal helped translate into a correct answer on the game two final question about Sirius radio stations.

Please assume all questions are abbreviated…

1. Movie Characters – Jackie Chan’s character “Mr. Han” in the Karate Kid reboot is based on what character from the earlier Karate Kid films?

2. Fortunes – What two-time presidential candidate owned two technology companies prior to running for president, including Electronic Data Systems? Miss, though we did discuss the right guy…

3. Instruments – An alto saxophone is pitched in what flat key? One time – at band camp – I stuck my saxophone in my….

Read on to see which “terriers” question we will miss! This terrier in the picture is a Norwich terrier, which is not one of the correct answers (and not one that we guessed). Eugene Levy and Catherine O’Hara in Best in Show, which is a hilarious look at the world of dog shows.

4. Dogs – Name one of the two types of terrier breeds of dog that have won the Westminster Kennel Club dog show? Name both for a bonus point. And our team’s dog expert Brad was not in attendance at this game – we made a noble effort, but not enough to win best in show…miss and miss.

5. TV Jobs – In what U.S. state did the activities of a TV series airing from 1977 to 1983 and starring Erik Estrada and Larry Wilcox take place?

6. Empires – The Russian Empire was declared in 1721 under what leader who became that empire’s first emperor? We got this correct, but here’s a look at some of our brainstorming for this question (and others):

7. World Series – Name two of the three National League teams to have defeated the Boston Red Sox and win the World Series between the years of 1946 and 1986? Miss (Evan made a noble effort even though MLB is not his strongest sports area).

8. Zodiac – Which sign of the Western Zodiac uses two parallel zig zagged lines as its symbol? This is the dawning of the age of….Thankfully we were able to let the sunshine into our brains and get this right (helpful that two people who have this sign were playing).

9. U.S. States – What U.S. state is the least populous one to border the Great Lakes with 200,000 fewer people than the second least populous state Wisconsin?

10. Comic Books – What post-apocalyptic comic book series created by Robert Kirkman and Tony Moore was first issues in October, 2003? Mike was all over this…

Of the following list, pick the four lowest grossing Marvel movies at the U.S. box office:

Got three of these correct…

This put us in first with 56 heading into the final out of six teams, with Dem Iggs right behind us with 46.

Two actors have won the Primetime Emmy Award for Outstanding Lead Actor in a Drama Series four times. One did so in the 1990s, while the other did so in the 21st century. Name either of those actors.

Lots of discussion, but came up with right person…

1. Cars – What British luxury automaker has been associated with James Bond with its DB5 model appearing in the 1964 film Goldfinger?

2. Games – Within two, when fully assembled, how many rows high is a Jenga tower? Miss.

3. Band Members – Audio clue of a boy band singing, had to ID the youngest member of that group. Millennials playing with us were all over this… 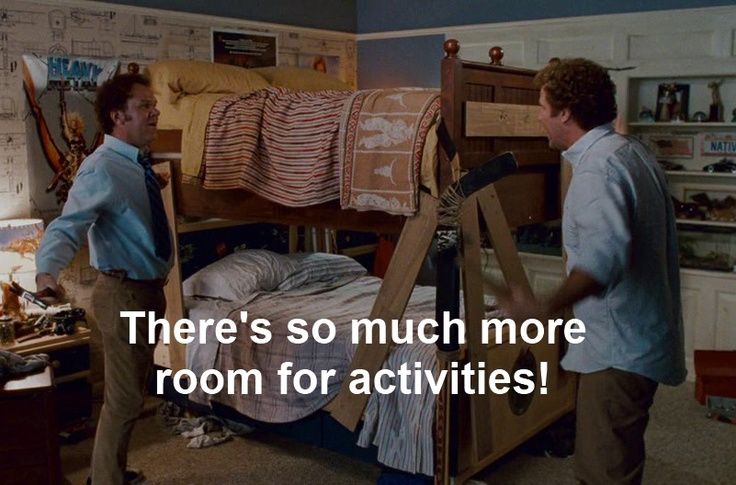 This scene from the movie was a bit painful for me because I’ve had bunk bed collapse on me before! Amazing us Gen-X kids survived to adulthood (LOL)!

6. Birds – In 1969, a fire at a nursery in California led to what type of bird populating the area around Pasadena? FB clue

8. Presidents – Name one of the two presidents to have served in office less than a year.

9. Wine – What type of wine made from grapes that are frozen while still on the vine is typically served with dessert and has a sweeter taste than traditional wine? None of us had ever even heard of this wine…miss.

10. Business Names – What company founded in 1968 has a name derived from the words “integrated” and “electronics?”

Scores heading into final: We were in third with 46 points behind Dem Iggs who had 53 points and ??? who had 55 points.

As of February 2020, among the SiriusXM channels in the rock category, seven have names that include the name of a band or artist. Two of them are E Street Radio and Phish Radio; name three of the other six.

Lots of discussion…but got this right.

This concludes our trivial pursuits for this week…As always, Go Pods, and say classy, Peter the Great!