Skip to content
Editor’s note: This is a recap of a November, 2014 game written by the More Beer Less Pants team. Note, Roundtree Bar is now called “McShane’s,” though I almost always slip up and still refer to the bar as Roundtree (probably because besides the food/drink menu, little has really changed about that…seedy place)! My guesses for correct answers will  be indicated in this color.
November 12, 2014 ·

Our duo of players played a dominant game at the Roundtree Bar and Grill last night, in pursuit of the Roundtree/Powell’s Pub combined progressive pot. We missed only one regular question. Unfortunately, it was a halftime bonus question, so we went into the final with a score only 4 points off of a perfect game.

Here are the questions:
1)In what city will your goings on remain a secret once you depart McCarron International Airport?
-Yes, this question was phrased this way. How about just saying “McCarron Airport serves what city?”?

I’m guessing from the clue that this is Las Vegas. which is close…

2)What part of the body will you find the sub-lingual and sub-mandibular glands? Head? Mouth? How specific did players need to be?

3)What is the only animal in the Chinese zodiac to start with a vowel? Let’s see, I know all of these…ox.

4)In their advertising, what does Lays potato chips “Bet you can’t do”? Eat just one. And they are SO right…drool…potato chips!

5)In what obvious hairstyle does Petunia Pig wear her hair?
-Who under the age of 40 has ever heard of Petunia Pig?

6)What is the release of sperm and eggs by fish, for mating purposes, known as? No idea from me, I’d have to refer to Mike and Brad for this one.

7)Ozone has how many atoms of oxygen? Huh? My husband’s guess of 3 correct.

8)How many letters are there in the Greek alphabet?
-We got kinda lucky on this one. We could only come up with the names for just over half of the letters and knew that it was less than the English alphabet. Sometimes you’re good, sometimes you’re lucky. This time it was the latter.

This is a “not it” question for me, would have to defer to the nerd boys here. Alpha, beta, sigma, epsilon, kappa, gamma, omega, delta?

9)What color flag is used in auto racing to indicate the final lap or an emergency vehicle is on the track?
– Uh… really My Trivia Live question writer? Those are two different things with different flags. We got the answer they were looking for, but maybe some better research is needed in the future.

10) On a QWERTY keyboard, what are the next 4 letters to the right of the Q, W, E, R, T, Y keys?
– This is a pretty easy question when you’re sitting at a keyboard. But when you type all day and don’t have to look at the keys… not so much. Took almost the entire answering period for us to come up with the correct answer.

5 of the top 10 highest grossing films of 2013 were 2nd in a series of films, either a sequel or a prequel. Name 4 of them.
-We got 3, costing us the 2 points for the correct answer and the 2point bonus for getting them all 4 correct.

Let’s see, The Man of Steel, The Dark Knight Rises, Transformers Extinction, Iron Man 3 are my guesses…and two are correct. It’s kind of hard to “think back” for these kinds of questions, but would be different if answering closer to 2013!

11)Newsletter – The first college football game was held in 1869 between Princeton and what other school: Harvard, Yale, Rutgers or Michigan? Don’t have to answer newsletter questions, they are “gimmes!”

12)Name one of the top 2 cable TV series of 2013, based on the number of IMDB page views?
– WHAT? IMDB PAGE VIEWS???? What kind of source is that? Again, MTL question writer, you seriously need to do some better research. But again, we got the answer they were looking for, as anyone who has browsed the entertainment pages in the last year can name both of these cable shows.

13)What was the name of the late 80’s supergroup that had contained Bob Dylan, Roy Orbison, George Harrison, Tom Petty and Jeff Lynne?
– Just a personal note here: Why was Jeff Lynne in that group? I’ve never quite understood why the guy from ELO was associated with these other superstars.

Traveling Wilburys. I remember a stand-up comic making a joke about this group’s members being so ugly that the roadies got more action!

I would “bark” up the right tree for this one…

15)What large northwest African seaport shares its name with a 1940’s romance movie? I must remember this…(Casablanca).

16)With only 0.18% of the US population, what western state is the least populous? Wyoming.

As I mentioned before, we only missed the single halftime answer in this game of questionable answers and clues. With a $400 progressive pot on the line, we were feeling pretty good about our chances at this point. Then came this …

This is by far one of the worst answers we have ever seen in our 5+ years of playing competitive pub trivia. The question writer really phoned this one in. Only one team at the bar got the answer they were looking for, and they just happened to be the significant other of the host. But that’s a complaint for a different time, we’re more upset about the question itself.

We answered poaching. It makes sense that the leading cause of death for elderly elephants is not making it to be an elderly elephant. There are hundreds of articles online (not just Wikipedia) that talk about the insanely large number of elephants that have been killed by poachers.

The answer that was given was “starvation/malnutrition” due to tooth loss. This answer seems to have been pulled directly from the Wikipedia entry about African Elephants, but there is no source cited in that article.

Therefore, I am proposing a challenge to those of you reading this:
Find me a primary source that states, as of today (or at least in the last 15 years) the leading cause of death among elderly elephants is malnutrition or starvation. The first to do this will get one free adult beverage of choice from me.

Shame on you MTL, your inept question writing has left a terrible taste in our mouths. Hopefully this was just an anomaly, while the question writer was focusing on researching proper questions for the tournament this weekend.

But I doubt it.

You KNOW this was a horrible question, I remember Scott bitching at me about this specific question YEARS later! Almost treading into Chester A. Arthur territory…(and I’m just going to leave this here). 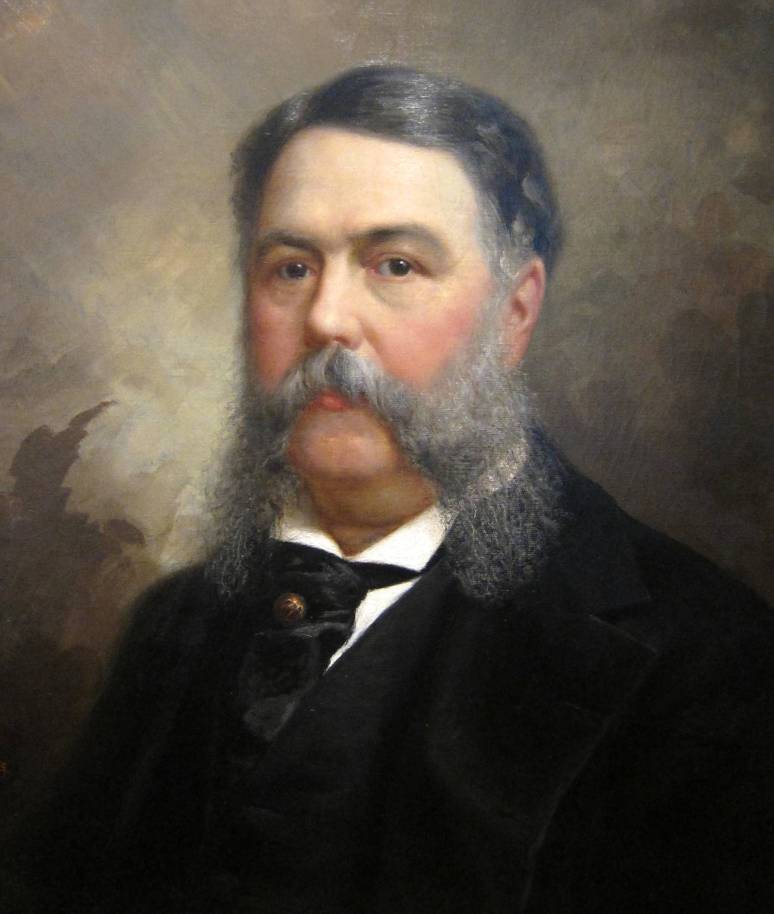 Why, Chester A. Arthur’s mutton chops could hold their own with any beard of the day!