A little more than a month ago, I got a tooth yanked out of my jaw. It’s healed nicely and I’m eating “big kid” food now (thanks for asking)! Around that time, when I was likely in a doped-up “ibuprofeney” state, I agreed to buy four boxes of Girl Scout cookies from a friend who was on Facebook trying to help sell them on behalf of her two daughters.

I agreed to buy cookies this year for two reasons – one, I wanted to celebrate being able to eat “crunchy” foods after being on the post-extraction “soft diet” – and two, she is incredibly pushy when she’s selling cookies! Last year I had to flat out tell her “I’m not buying cookies this year” to keep from getting “hustled!” She even shared a video of her daughters asking me to buy cookies from them in a Facebook Messenger message! Sheesh…I’d hate to see how she would be if she worked in organized crime!

There is a third reason I bought cookies, too – and that being I used to be a Girl Scout myself. And in many ways, I really haven’t ever stopped being one (but that’s another blog topic entirely)! Hmmm, I’ll have to think about that topic a bit… 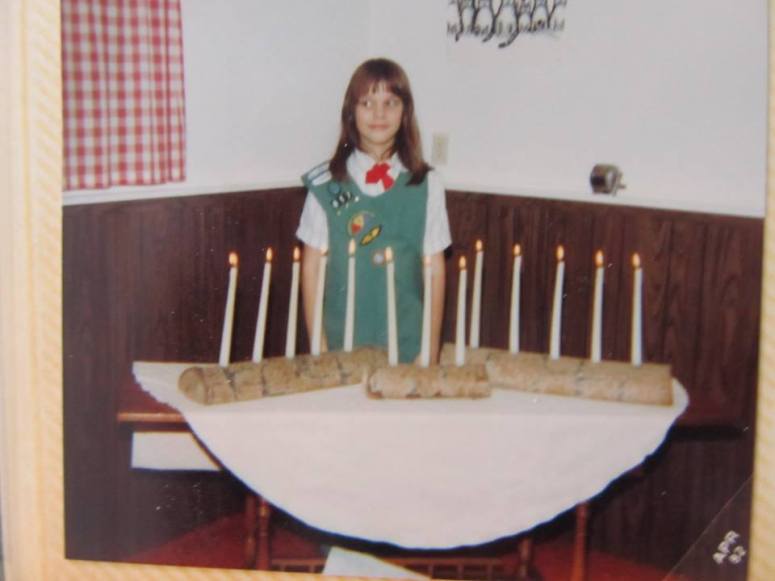 I’m still as much of a dork now as I was when I was 10! Yes that is red shag carpeting I’m standing on (note that it matches the drapes, LOL)! It was replaced with vinyl flooring shortly thereafter (split-level homes are famous for having…moist basements).

All of that said, I’m picking up the cookies tonight! One box each of shortbread, thin mints, Samoas and Tagalongs.  And that’s enough of an excuse to take a walk as any – and burn some calories in advance 😉

Today’s walk was a little less than four miles, and about an hour. Road conditions were mostly clear – but there were still some icy patches. The church thermometer I passed on my way read 24 when I started my walk and 29 when I caught it on the “rebound.” I’d guess that with wind chill, those temps were…about 15 or so?

I took my camera out to take a picture or some skies I thought were pretty, and my camera told me “change the batteries.” What? you just got new batteries! I KNEW it was just being whiny because of the cold,  so as punishment, I stuffed the camera bag under my armpit to warm it up while I walked. That’s right…get a whiff of this, you whiny camera!

I read in a Backpacker magazine years ago that doing just that is a nifty cold weather tip! The warmest parts on your body for warming your hands are the armpits and groin. And for extra fun, use someone ELSE’s armpits and groin to warm your hands when it’s cold (just be sure to ask permission first, ESPECIALLY if using their groin)! Note that if your feet are cold, it’s difficult to warm them in this fashion unless you’re exceptionally dexterous. However, if you’re on a cold-weather camping trip, putting a bottle of warm water in the foot of your sleeping bag will do the trick. Just be sure it’s a high-quality water bottle, not one of those Dasani or Aquafina numbers. Nalgenes with the screw-top wide mouth lids work nicely.

Want an even better tip? DON’T GO CAMPING WHEN IT’S FREEZING COLD OUTSIDE! It’s all nice ‘n cozy in that mummy bag with your down booties, hoodie and long johns… until nature calls!

Putting my camera bag in my armpit warmed up my camera and its batteries enough for it to cooperate and take a couple of pictures! Here’s the squirrel that tried to get away…

This one is rather “ample,” isn’t it? Those fat stores will help this critter survive the winter!

There’s a house on Twin Towers Street in Ypsilanti Township that has a REALLY oversized lot. It looks like a quintuple-sized lot! Hey, if you dig paying extra property taxes and love mowing lots of lawn (or paying a 12-year-old kid to do it), more power to ya! It’s big enough to have signs posted saying “stay off my lawn,” picnic tables interspersed throughout, a “clubhouse,” a dog pen and some fake cows! Oh yes, some piles of lumber and pallets, too… 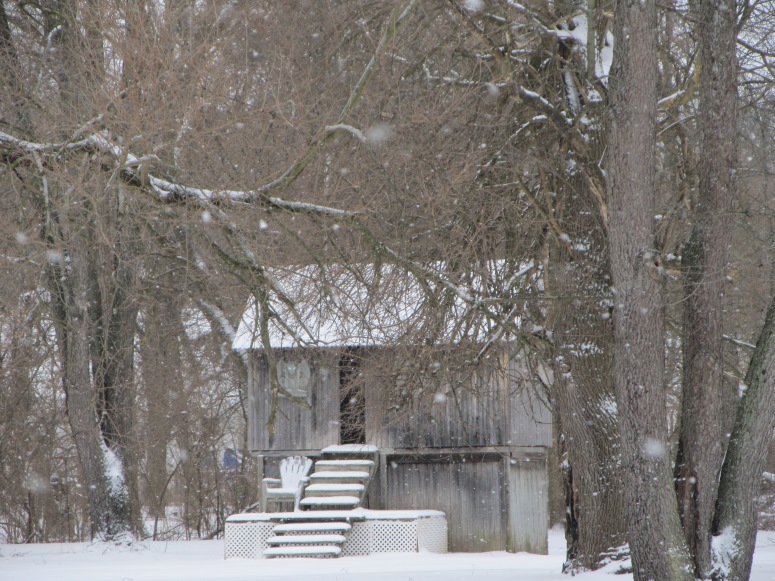 As for today’s music selections…there were TWO songs that included the word “f—” in their lyrics, three U2 songs, and a Beastie Boys song along with the Led Zeppelin song they sampled in their song! Also a song in German (NOT by Falco)…