Sometimes being on a pub trivia team is not much different from being in the Mafia. Which of course, does not exist. Sometimes you develop enemies, have to make other teams/players “sleep with the fishes” (or more accurately, just deprive them of prize money), and sometimes favors need to be sought/paid back. There are always palms needing to be greased, after all. Maybe your “business” involves asking a team to use your tournament spot – or recruiting a player for an ’80s music theme night. In Friday’s case, I paid a visit to Maplewood Lanes Saline for its My Trivia Live night, which, upon my arrival, seemed like trying to get into a popular restaurant in New York City on a busy night. I looked around for a table, and most of them said “reserved,” and not only that – reserved for specific people! Booths, larger tables all had “reserved” signs. A server took some pity on me and showed me the one lonely booth that didn’t have one of those signs on it, which happily happened to be right by the host, who was subbing for the regular host Alan. Yay, I could just hand my questions to the host and not walk up the slip! This was only the fourth time I’ve ever played here, besides the semifinal game last December, and only once has the regular host been here the same night me/my team is here. Is that going into running joke territory? Obviously this was a good night for irony, as I decided to use the name “Kobayashi Maru” and wound up winning first place/$30, though none of the three teams vying for the jackpot question wound up getting it correct. For you non Japanese speakers or “Star Trek” fans? “Kobayashi Maru” basically means “no-win scenario.” Other trivia players have tipped me off to this place being a competitive place to play, so I thought this would be a perfect self-deprecating team name. And (drum roll)…the questions, which may be abridged/abbreviated/reasonable fascimiles of the questions that were asked.
Round One
1. Rivers – What South American river is the largest in terms of water discharge by volume?
2. Advertising – What pizza chain used the “Avoid the Noid” advertising campaign in the ’80s and ’90s? Host played a song mentioning this company’s name, but I did not need the clue help with this one…
3. Government Loans – Whom did the U.S. government give a repatriation loan of $435.71 to in 1962 so he could return from the Soviet Union to the U.S. with his wife and infant daughter? Should have known this, but brain farted…first miss of the night.
Round Two
1. Hairstyles – What hairstyle is described as “business in the front, party in the back?”
2. Cocktails – What sometimes pickled vegetable garnishes a Gibson cocktail? Had this question in a venue tournament in 2015, very helpful one the players worked as a bartender…also helpful I remembered this question’s answer!
3. Hot Dogs – The original Nathan’s restaurant has been located at what amusement park’s beach since 1916? For an extra three point bonus, what two reigning British monarchs were served at FDR”s “Hot Dog Summit? Be specific. Did not attempt the bonus, though I did know the King’s first name, just forgot what “number” he was. Damn it all…monarchs! Grrr! Inbred welfare recipients…again, grrr!

🙂
Round Three
1. Michigan – The “cabinet counties” in southern Michigan encompass 10 counties all named for cabinet members of what U.S. president?
2. Colonial America – What was Mrs. Anne Clark the first to be granted in the Massachusetts Bay Colony in 1643? A “musical hint” helped me on this one, a song by the Greg Kihn band. Not saying which one!
3. Submarines – What land and sea creature was used as the name for the first submarine in 1776? Nope, though I did consider the right answer…
Halftime – Name four of the five U.S. states that are the biggest producers of cranberries, according to U.S.D.A. 2016 National Agricultural Statistics?
This was really tough…I was split between going east coast or west coast here, and ultimately wound up splitting the difference. Only managed to get two.
Scores: Twelve teams, scores 18 to 32, with King Cobra in first. I was in second with 30 points, tied with one other team.
Round Four
1. Counties – In what Michigan county is the geographic center of Michigan? Newsletter answer…
2. Low-Budget Films – “Jesse James Meets Frankenstein’s Daughter” is a low-budget western horror film which was part of a double feature with a film about what other western outlaw facing Dracula? Good guess…
3. Birds – In what century was the sparrow introduced to North America? Nope…off by one.
Round Five
The host determined the “you pick” category by team vote, which in this case, turned out to be….
1. ’70s Golden Globes (for the record, my vote was for ’40s musicals, but in retrospect, I’m glad this category won out) – What 1978 film starring Chevy Chase and Goldie Hawn earned them both Golden Globe nominations for leading roles in a comedy or musical? I actually remember seeing this movie when I was a kid, but I could NOT tell you what it’s about without looking at the imdb page. My parents were not huge on assessing whether movies they took us to see were actually appropriate for kids, lol (hippies).
2. Greek Mythology – (Ugh this is going to be BAD – happens every time I play without Mike!) Stheno and Euryale are the lesser known siblings of what person in Greek mythology? Nope…
3. Prison – What is the only “super max” designated prison in California designed to keep the “worst of the worst” behind bars? Shenanigans were called on this one, but the team sitting right BY ME denied the shenanigans even despite me personally asking “pretty please?” Funny, the guy apologized to me later when I was walking out the door, but by then, I’d already forgotten about that. I only remembered this again when I was typing this question (weird how the brain works sometimes). So no shenanigans were called, and no teams likely got this one right. I guessed the prison that currently houses the “Helter Skelter” guy…
Round Six
1. Travel and Tourism – What southern city uses the abbreviation ATL? Duh…
2. Builders – Harold Turner was the builder of “Usonian” homes for what famed architect? Yay, I can name an architect…glad it was the right answer.
3. Occupations – What do roughnecks drill for? I mistakenly thought roughneck was some kind of military slang, so WAY off here…
Scores – Twelve teams, scores 38 to 62, with One is the Loneliest Number and King Cobra tied for first. I was in third with 58 points.
Final Category – Inventions
Erastus Brigham Bigelow invented a steam-driven machine in 1839 making what household product – which was previously only made by hand or by hand-powered machines?
And yes, I hate to admit it…but a musical clue helped me here, though to the host’s credit, he used a remix of the song in which the key lyrics were not clearly audible. So myself and representatives from King Cobra and Nine Piles of Shit had to answer this jackpot question: “Who won Blockbuster’s award for favorite male newcomer in 1998 for his only starring role in a major motion picture?” I guessed someone who had appeared in a 1997 blockbuster film even though I knew he was not the star (had to put SOMETHING). No teams got this…Until next time, which will most likely be a local watering hole Monday. As always, Go Pods, and stay classy, Andrew Jackson! And Mama Cass, John C. Calhoun, Clark Kent, Marilyn Monroe, James Ingram…whomever else those southern Michigan counties are named for, lol… 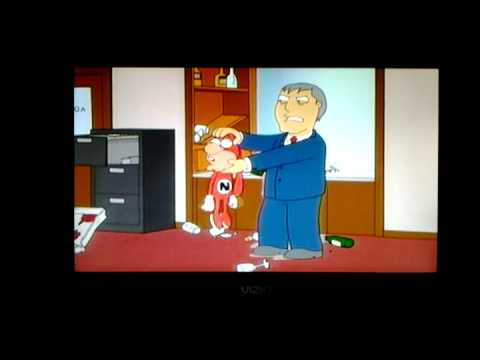