“You can’t get to anything pretty unless you’re taking a dirt road to get there,” I said to my husband as we trudged very carefully – and slowly – in our “delicate” Chevy Malibu down a well-graded gravel road from Grayling, MI to the south to our destination. The scenery along this particularly dirt road wasn’t particularly inspiring, but it sure reminded us that we were in the “Middle of Nowhere,” which can mean, “check to see if your phone gets a signal.” Nope! Which was perfectly fine with me!

This road would lead us to a lovely campground along the Upper Manistee River, which runs about 190 miles (310 kilometers) from its headwaters in Antrim County (just north of Mancelona, MI) to its mouth in Manistee, MI.

I’ve learned the hard way over the years that I’m not really a “boating” kind of person! The Upper Manistee is a popular river with more “adventurous” kayakers, but isn’t really a good river to float on in a tube (it generally runs a bit cold). I took a kayak trip along the Upper Manistee in 2007 with some friends but…let’s just say it wasn’t for me. If I’m going to get into a kayak, I prefer to just “tool around” on a calm lake – not have to steer the turns and crooks of a wily river. I just ain’t that good at it, don’t wish to become good at it, and, well – I’m content to just be near rivers, occasionally wade into them and photograph them!

Which brings me to the lovely campground we stayed in for two nights. It wasn’t very well marked as to how to get in there (other than a wooden sign with a little tent symbol on it), and no sign letting us know we were going to the right campground. That was perfectly fine with us! We didn’t want to be in a “popular” campground during a pandemic. Thankfully, this campground offered lots of great opportunities for social distancing. We found a nice site not too far from the vault toilets (site #20):

Temps got quite chilly at night on this trip, making good camp fires essential! Our first night’s camp fire got off to a rough start (had only damp “found” wood), but on the second night, we had three bundles of split wood we’d purchased in Grayling – and a dog food bag full of bark courtesy of our friend Janet. We used up every bit of the wood on the second night.

Inside the tent it was a different story fighting the cold! Mike had a new mummy style sleeping bag that kept him very warm, but I had to fight a bit…and put my “MacGyver” skills to use when it came to keeping my feet warm! I zipped up my winter coat and wrapped it around the foot of my sleeping bag, but even that wasn’t quite warm enough…I did the same with my husband’s puffy down vest, and that really worked! As long as you don’t let it get too wet, down is a great insulator. It would help if I didn’t shift/squirm around so much when I’m sleeping, but maybe I’ll find some other way to make my “foot warmer” stay put on the next cold trip! Should’ve brought my down booties….those things REALLY keep my feet warm!

Another essential wardrobe piece I brought on this trip was a pair of leggings lined with fleece, and a quarter-zip fleece pullover. The leggings really kept my legs warm (much more effectively than long johns) – and also a beanie style knit hat helped keep heat from escaping my head. ⇓

A fleece blanket draped around my shoulders would cut down on any drafts. As much of an ordeal it is to sleeping while camping in the cold, it’s still much, much preferable to sleeping in a tent when it’s hot and humid!

We would later learn that there was another loop to the south that was closer to the river for which the campground is named.  In this loop, there were individual sites, group sites and sites you can only access by foot (we’re not quite that adventurous anymore, LOL). So if we visit this campground again, we’ll try to get one of the sites in this loop. We took a walk down to the river with a friend who lives nearby (she brought her two dogs Lulu, an English setter, and Fefe, a Jack Russell). ⇓ 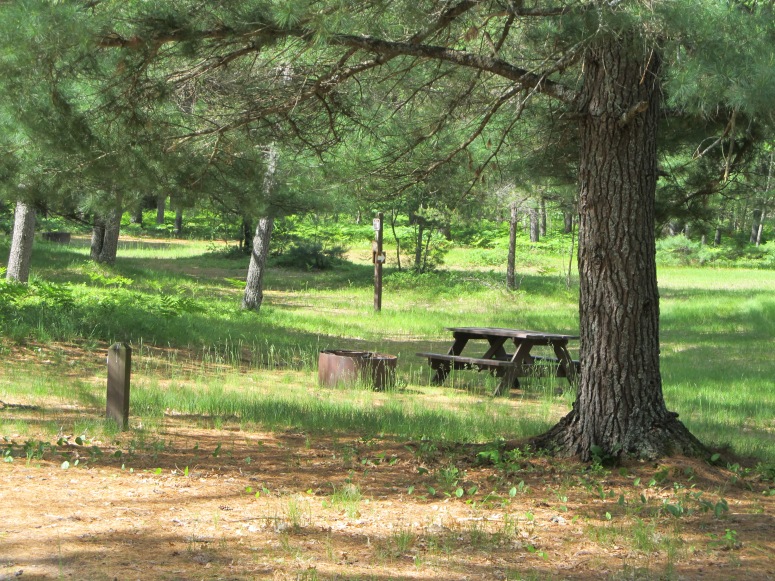 Site close to the river (#38), which was closed because of downed trees. I thought it looked pretty, so I took this pic… 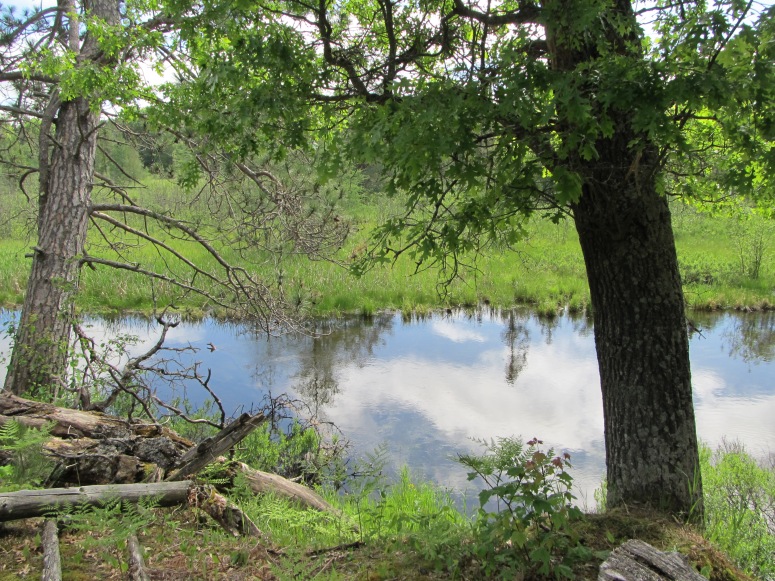 There was a nice place for us to sit near the river on an open group site, so we sat at one table…and our friend/dogs sat at another about 20 feet away: ⇓

And now for a couple of more “animals” shots from around the campground: ⇓ 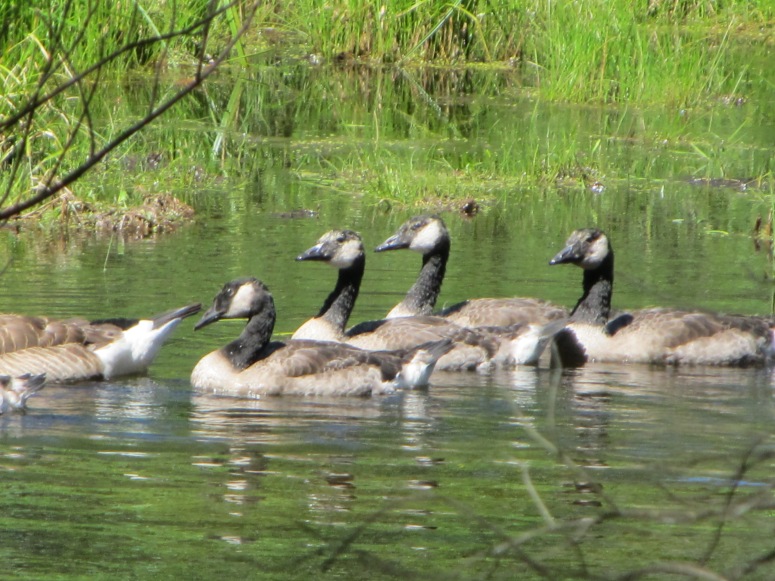 Wild turkeys are not an uncommon sight in Northern MI!