A longtime friend of my husband and I is getting married in March. Well, not really. He and his girlfriend actually got married at a courthouse last fall. But they’re still “celebrating” the event anyway. And apparently – making all of their guests dress up for the event (more about that in a bit).

It’s his third marriage – and it’s not her first (though I don’t know if she’s been married more than once).

My husband messaged me  earlier today and told me a couple of things – one – “cocktail attire” is required – and the use of valet parking is also required. We’ve both decided we won’t be joining them in celebrating what we’ve jokingly called their “fake wedding.” The phrase “dog and pony show wedding” has also been uttered by me in reference to this event!

I joked with my husband Mike about this:

I’ll drink cocktails – but I won’t wear them. At least not on purpose.

The last time my husband wore a suit was nearly 20 years ago – for my high school reunion! At the time, the “Regis look” (inspired by Regis Philbin – when he was host of “Who Wants to be a Millionaire” was a huge trend. This “look”  was essentially single-tones (usually a colored shirt with matching solid colored tie)  – or a tie in another bold solid color. The store I worked in even carried a Regis Philbin clothing line…Behold Regis Philbin himself sporting the “Regis look” from around 2000: ⇓

Maybe Regis Philbin wasn’t QUITE as influential on fashion as Meghan Markle is now…but this look was still a pretty huge fashion trend for guys!

The point is – not everyone has “cocktail attire” waiting in their closets to be worn. We certainly don’t! And while I own plenty of “business casual” attire (semi-dressy pants, skirts, tops) – I don’t own any “cocktail attire.” Here’s an image that Google images showed me of women in “cocktail attire:” ⇓

So apparently this is “cocktail attire” for women. If I were going to participate in this event, I wouldn’t pick a bright color…I would go with black #alwaysbetonblack

And here’s what Google images showed me for men’s “cocktail attire:” ⇓ 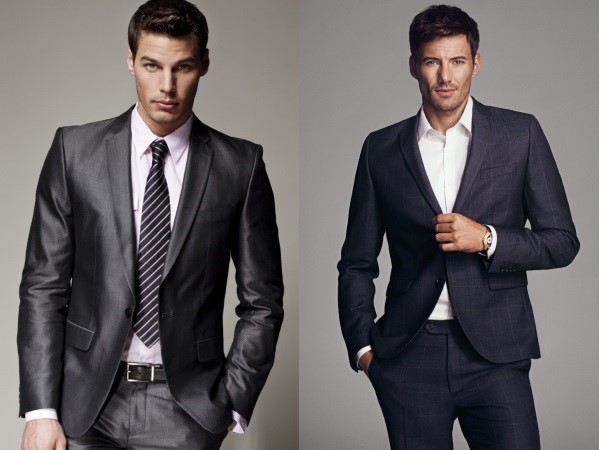 I chatted with a friend about this…he said “What the f— is cocktail attire?” I said, “It probably means a ‘little black dress’ for me – and a monkey suit for Mike.” He wound up getting curious and looking it up online to find out more…only to have ads pop up about cocktail wear in his Facebook news feed!

We’re not going to be throwing away money on clothes we’re likely only going to wear once. Add to that the “hidden costs”  – accessories – we’d both need new shoes, Mike would need a new belt, I’d possibly need hosiery (unless it’s warm), I’d probably have to get my hair cut  (possibly even styled) and (the horror) put on MAKEUP before such an event…Sorry, friend – you’ll have to “dance the night away ” at this event without us! Yes, the words “dance the night away” are in the invitation! I don’t even care how “open” and well-stocked the bar is…nope!

Also, it’s an evening event in Detroit which means driving home from Detroit…at night. And in order to survive the “activities” of such an evening, ample doses of alcohol would be as “required” for us  as the “cocktail attire” and valet parking!