Let’s pretend I’m an overly important person standing at a lectern on a stage addressing a room full of about…500 people And I ask:

“Let’s see a show of hands – how many of you have seen the movie The Shining?”

Jack Nicholson as Jack Torrance in The Shining. Laying the groundwork for playing The Joker in Batman (1989)? #fantheory

I’m guessing about maybe half the folks in the room will raise their hands. It is kind of a popular movie, and it was released almost 40 years ago.

Then I’ll say, “The concept of ‘cabin fever,’ or people going nuts when shut in together is kind of the premise of The Shining. How many of you have ever been in this situation?”

“How many of you have ever had an actual fever – in a cabin?”

And for this question? I might be the only one to raise my hand!

My husband and I visited Harrisville State Park in Harrisville, MI last weekend and rented the cabin that is called “Number 300.” Here are some views of the cabin we rented, (interior and exterior): 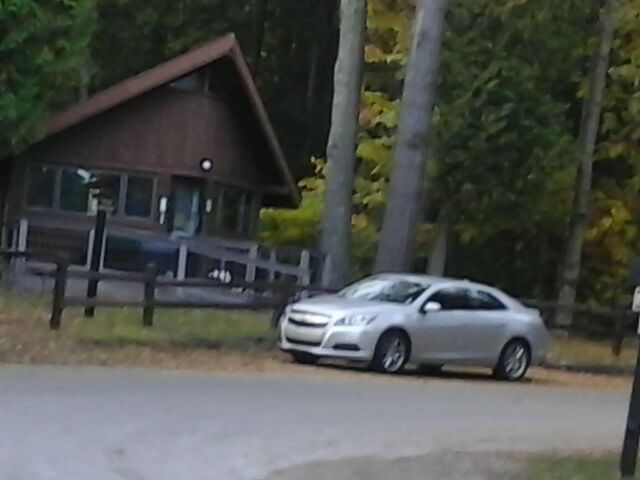 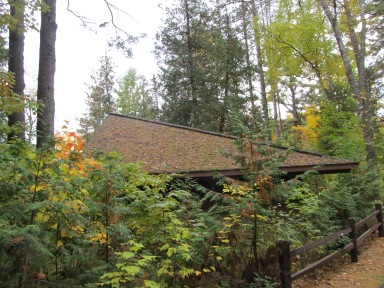 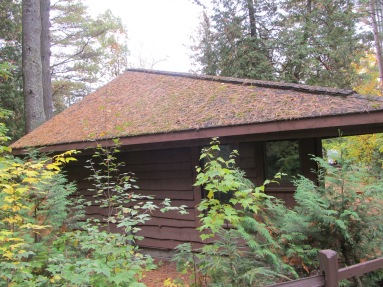 And some interior shots (there was a note on the door indicating the cabin was undergoing renovation when we visited): ⇓ 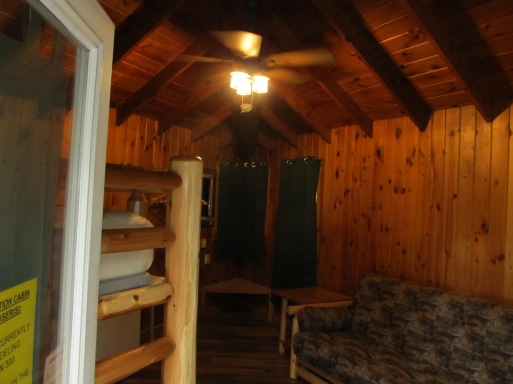 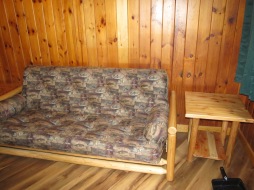 I think I’ve set the scene pretty well, haven’t I? I had the unfortunate luck to start coming down with what I *thought* was just a common cold on our trip up here, so I bought the supplies I thought I’d need – tissues, a generic version of Claritin (I was sneezing like one of those Looney Tunes characters inhaling black pepper) and later – some nasal spray, throat lozenges and cough syrup. 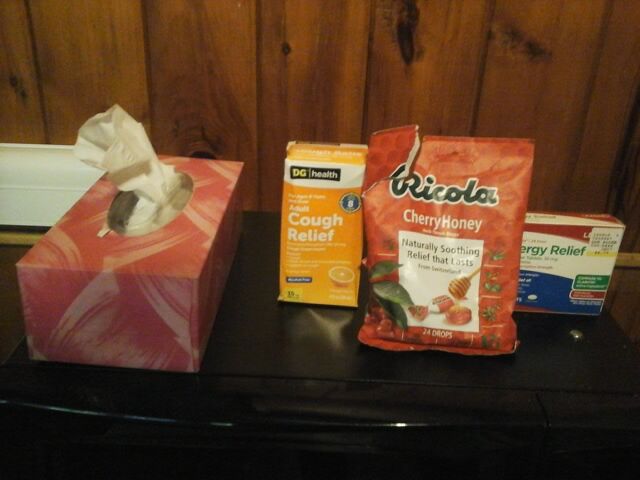 Saturday night, I had quite the rough time getting to sleep because of both indigestion and a hacking cough. Out of desperation, I wound up finding some old generic Benadryl capsules in my toiletry bag and took three of those. More than the recommended dose, but I needed to be knocked out! To speed things along, I cracked one of the capsules open and dumped the powder into a bit of ginger beer, then just swallowed the other two whole. For a time, this seemed to irritate my cough even more (probably that raw medicine going down my gullet chased by a bit of soda), but after a time, I was…out.

My poor husband, who had earlier retreated to the car because of my unceasing cough, came in to check on me, saw that I was out cold, and felt my forehead. He said it felt “mildly warm.” I had noticed earlier in the evening that it felt kind of hotter than usual, and I got into a chilly/hot battle on the futon with my sleeping bag. I didn’t know whether to keep it zipped up – or open. Sometime during the night, I broke into quite an epic sweat, and after that happened, my forehead felt normal again (my fever must’ve broken).

What WASN’T normal was how frequently I had to pee! It was about every hour…to an hour and a half by my estimations. And the “real” bathroom was about 200 feet away! It seemed if I took a sip of water, water needed to come out of me at that EXACT moment… Of course this kind of thing couldn’t possibly happen in my own home where I have four bathrooms (yes our condo is quite strange).  I never knew having a fever caused increased urination, but… 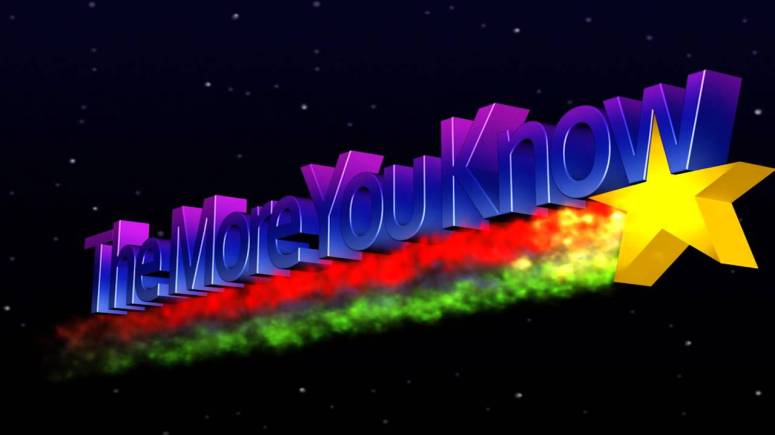 I think I might’ve come up with a mild dose of the flu. Even now – four days later – my cold symptoms are virtually gone (just a little lingering cough), but I still feel…wiped out.

Despite all of what you just read, I did have a great time on the trip! It was nice getting away, watching the waves of Lake Huron do their best imitation of Lake Superior – here are some scenes from Alpena, MI (which is about 40 minutes north of Harrisville) ⇓: 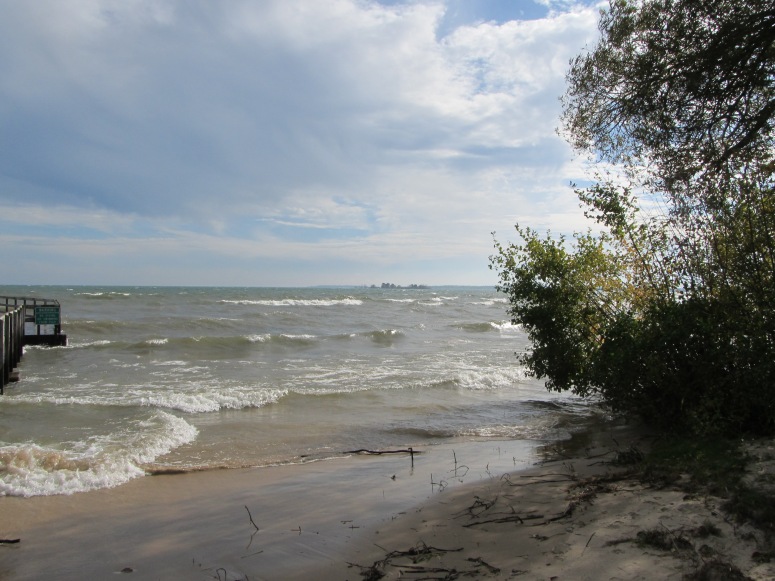 Did I mention that I had a great time on the trip despite the “cabin fever?” Well, pictures or it didn’t happen!

Yes, it really was that cold by the water in Alpena! Those winds felt like 40-plus mile per hour winds. Just a bit further south in Harrisville, it was much milder (which you can tell by my lack of winter coat in the next two photos):

Now How About Some Dog Pictures?

Our dear friend Janet came to visit us for a few hours on Sunday, and she brought along her two dogs – Lulu, an English setter – and Fefe, a Jack Russell terrier. Since EVERYONE loves animal photos, what kind of blogger would I be if I didn’t close out this blog with some dog photos?

Don’t let that cute face fool you even for a second! Fefe is a feisty girl…