It’s fairly easy to just “pass through” the city of Marquette, MI if you’re say…traveling to your brother’s house in Houghton, MI (the two cities are just under two hours’ drive away from each other). I mean…why take time to stop anywhere when your destination is not far away?

Per the 2010 Census, Marquette’s population is 21.335 making it the Upper Peninsula’s most populous city (Sault Ste. Marie is behind them with 14,144 people). “The Soo” is another neat place to visit, especially if you want to look at freighters up close and personal (I get very, very overstimulated when I get to see freighters in this fashion, but that’s another blog topic entirely)!

As for Marquette, through my “travels,” I’ve gotten to know a  couple of Marquette’s places to stop, including the Huron Mountain Bakery, which is conveniently located along U.S. 41. It’s a great little coffee spot, and their bagels/doughnuts are so GOOD! We bought Asiago cheese bagels there once, and made some fantastic turkey sandwiches out of them. We also stopped at a restaurant/brewpub called Vierling a couple of times in the summer months (they make a tasty blueberry beer with blueberries in it).

On our most recent visit? We checked off a couple of more Marquette spots (besides the Brentwood Motor Inn, in which we stayed one night). It used to be called Budget Host, and still has some signage on the buildings indicating so. Work in progress? We didn’t ask! The room was sufficient for a night’s stay (loved the handicapped accessible shower)!

Our first stop after settling into our room was Presque Isle Park, a city park designed by the same guy who designed a little park you might have heard of in New York City called Central Park. Yes THAT guy (his name is Frederick Law Olmstead).  Here are some pics from our visit:

Imagine a bride walking down these steps for an outdoor wedding! I am fairly certain weddings have occurred in this park… 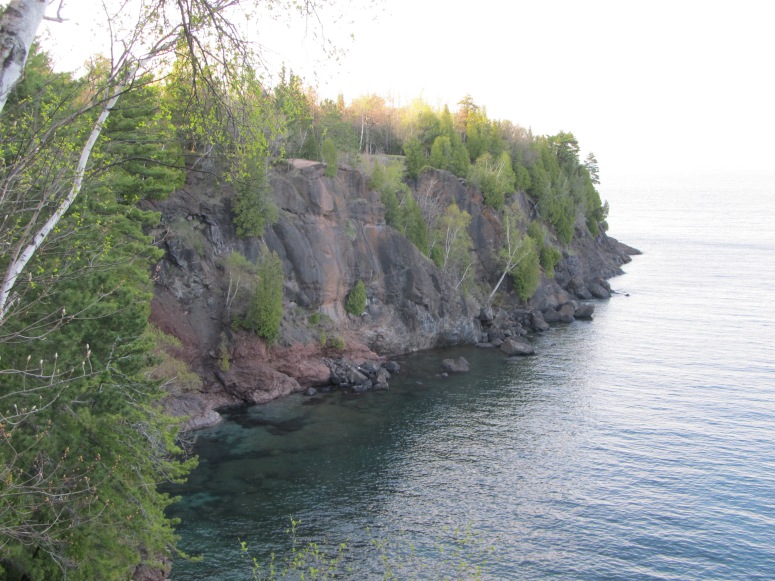 People climb these cliffs – AND jump off them! 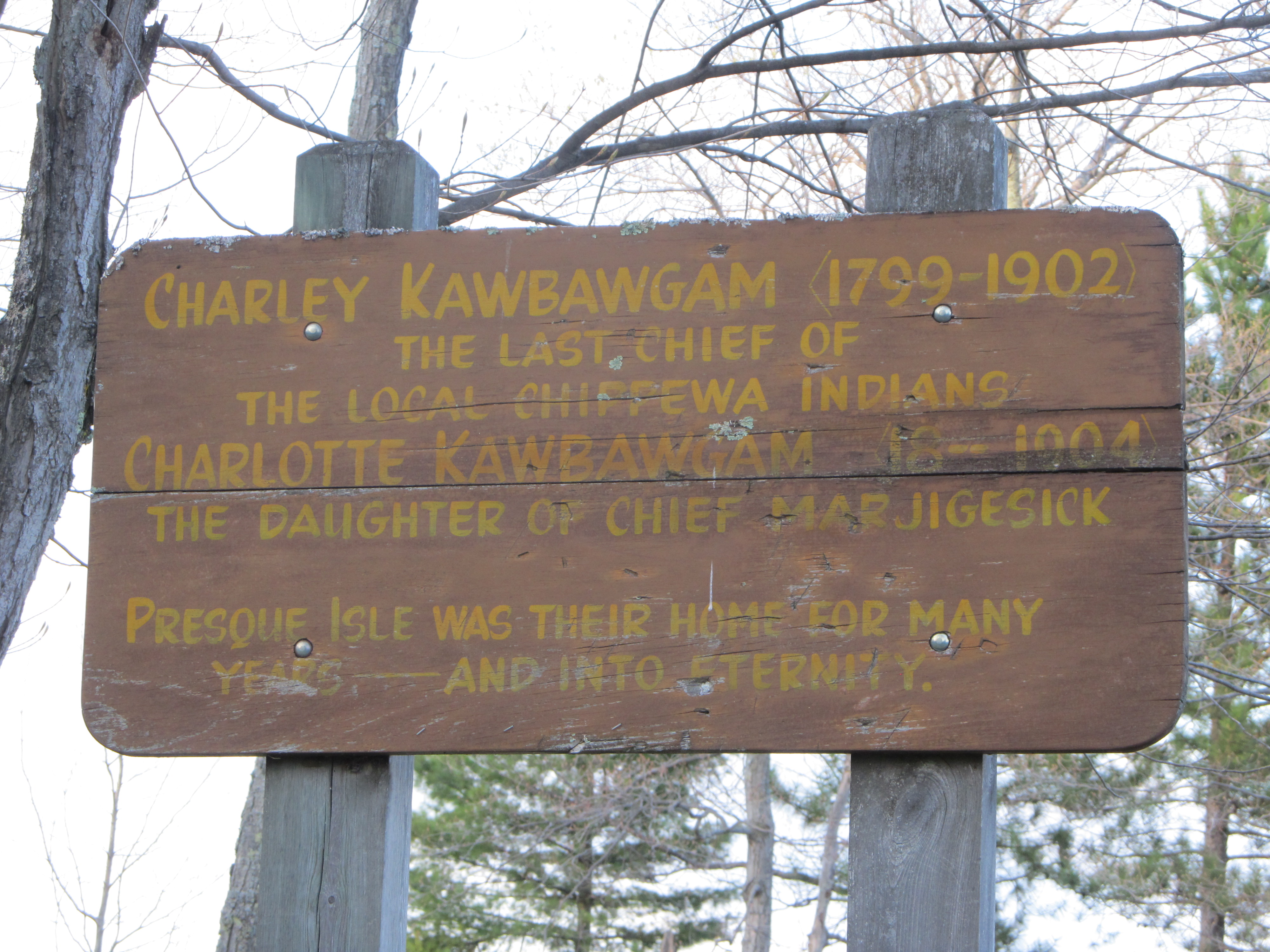 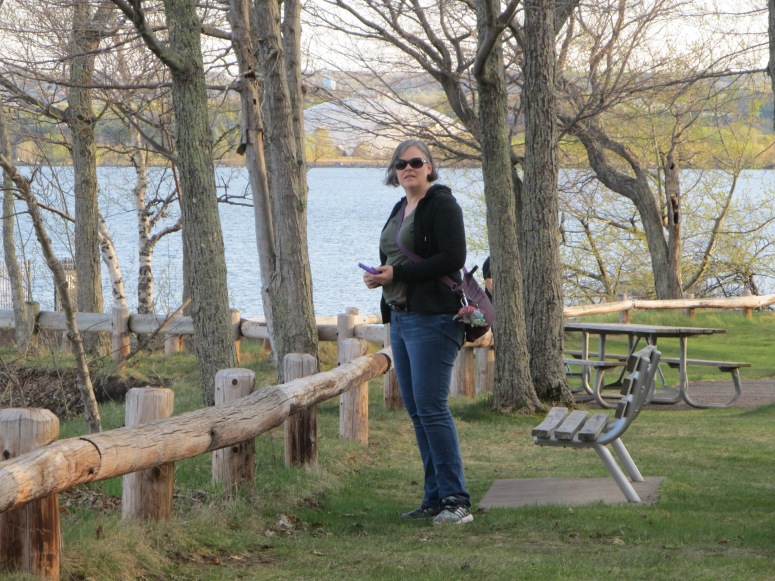 Ugh, a candid shot of me? How COULD you, Mike?

After you’re done checking out Presque Isle Park on your “whirlwind” Marquette tour, you could stop in for a drink at Blackrocks Brewery, which is in a renovated house. This is NOT my photo and I do not own it… 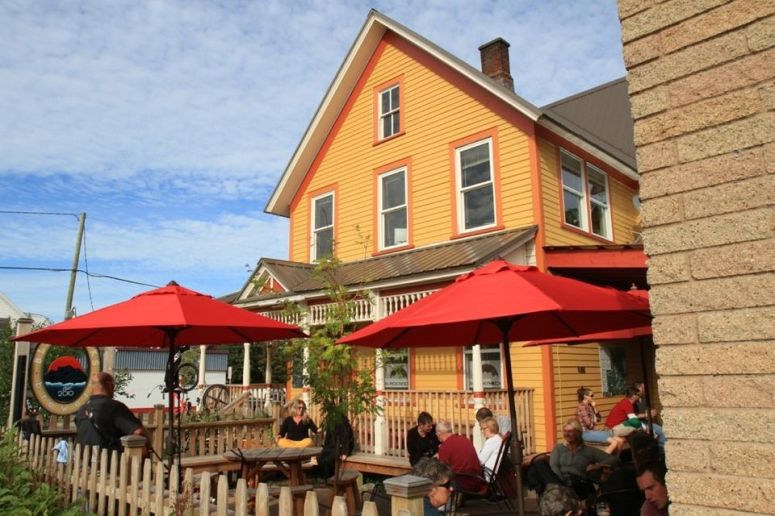 This place was PACKED while we were here! More about that in a bit…

We stopped in on “open mic” night, and the inside bar area was packed! It was pretty much standing room only, and patrons were singing along to the ’90s cover songs that were playing (Mr. Jones and Me was one I remembered). We checked out the long list of beers, and we each picked out a different lager – me the Super Deluxe (a German helles lager), and Mike selected the Drei Kaiser, a pre-prohibition style lager. After a couple of people left, we managed to score a couple of seats in Adirondack-style chairs outside – underneath the heat lamps! 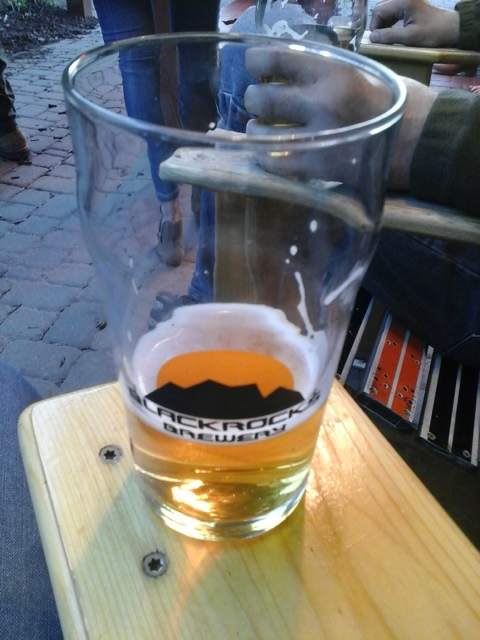 The chairs were partially made of skis! Also, the fence out back was made of skis (I did not take photos of it). One of the owners is also a ski instructor.

My husband and I were both impressed with the overall “good vibe” of the place! Everyone seemed to be in a good mood, energy levels were high – and even waiting in line to get beer went pretty swiftly. Blackrocks also cans a good number of their beers, so you can easily take it “to go!” There is a gas fireplace out back, cornhole sets, and you can also just chill on the porch with your beer, too (signs tell you to not take your beer off the porch).

If you’re a history buff, you might be interested to know that Bishop Frederic Baraga is buried at Marquette’s St. Peter’s Cathedral.

If you’re heading west out of town, you’ll pass through the town of Baraga, which is (duh) named for Bishop Baraga. And there’s a very, very strange statue of him right along the road, which makes one wonder whether he was…part spider…

Questions abound about the mysterious Bishop Baraga! Noted linguist (published an Ojibwe dictionary), worked with Native Americans to keep them from being relocated, Baraga State Park named for him and he was an avid snowshoe traveler. With those legs, the snowshoes must have worked very, very efficiently in the deep snow (LOL)! Anyone else thinking of the movie Wild, Wild West! Seriously…I’ll STOP now!