As the Sporcle Live season is winding down, I wanted to pay one last visit to Original Gravity. The goal was to just use a bit of prize money, and as luck would have it – I won a little bit more prize money! Isn’t that always how that works?

Games for the ‘Pods at OG will become far more limited in the future, and we have no plans to try qualifying for tournaments here next season. It was hard enough getting players out here for 13 week seasons – let alone 21-week seasons! These things happen… Some trivia spots just work out better for teams than others. We’ll focus our energies on trying to qualify in places closer to home next season.

As for the game, I finished with 87 points and one second place/$10 prize in game one. And here are the questions, which will be abbreviated…

1. Candy – In May, 2019, what company temporarily redesigned its namesake candy bar for the first time in more than 100 years by stamping emojis into the chocolate? Had a good idea, but not super confident, 5.

2. Settlements – Of the 20 southernmost settlements with at least 1,000 inhabitants, one is located on the Falkland Islands, 18 are in South America and 1 is located in what other country? I was not confident on this at all, torn between two (including the one that would have been correct), miss for 2.

3. Paint – First made commercially in the 1950s, what fast-drying water-based paint’s name is derived from “sharp” and “to smell?” Miss for 3.

4. Young Stars – For what team does Donovan Mitchell play – whom was named to the NBA All Rookie First Team and also won the slam dunk competition? No clue, miss for 1. I put down Cleveland Cavaliers. Hey…it’s an NBA team! 🙂

5. Chemistry – Also known as a molecular bond, what is the most common bond in organic chemistry which involves sharing electrons between atoms? 6

6. Lullabies – What poem by Eugene Field focuses on three main characters with “sleepy” sounding names who sail around in a large wooden shoe? This category made me think of the song Lullaby by The Cure, which is loosely based on the poem The Spider and the Fly by Mary Howitt. If I had children, I’d probably sing The Cure’s song to them AS a lullaby. Now isn’t it good I never became a mommy? The poor dears would probably all end up in therapy or worse – write tell-all books (shudder)! Missed this for 4. I think I heard of this story maybe once, not enough for this factoid to take up permanent residence in my brain…

7. Restaurants – In what world capital city did Gordon Ramsey open a restaurant in 1998? This question is SUPER abbreviated, but it was based on the Facebook clue, so YAY I finally got to use my 10 point slip!

8. 2000s Movies – What 2003 film features Frankie Muniz as an undercover spy? for a bonus point, what actress played his love interest in this movie? Managed to pull this movie title from the depths (honestly I don’t know how I knew this…I’ve never seen the movie, let alone ANY episodes of Malcolm in the Middle), though I missed the bonus. Thank you brain! 7

9. Famous Groups – What nickname was given to agents working under Elliott Ness whose job it was to take down Al Capone? 9 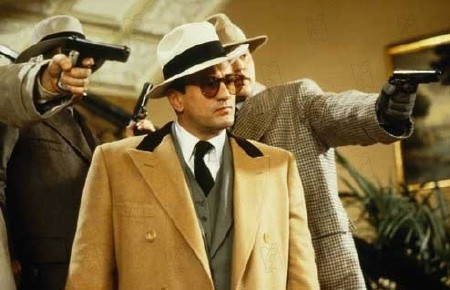 10. Magazines – What magazine showcases young entrepreneurs in an annual feature called 30 Under 30? 8

Glad I didn’t have to burn those  big point slips!

Mystery – This round was ALL audio. I honestly don’t know how I can transcribe it…so here goes…

Missed #4 (keep in mind this was an all audio round, and our only clues besides recognizing their voices were the events they were reporting on). Guy in #1 was my first favorite anchorman!

Scores – Eight teams, scores 45 to 64, with This Is Sparta in first. Mind the Gap was behind them in second with 59, and I was tied with another team for fourth with 54 points.

The collar, valve, intake, and air holes are among the parts of what piece of equipment, whose improved design in the mid-1800s was developed by a German chemist?

I wagered just enough to have beaten This Is Sparta by one if they wagered zero. Sadly, that was not the desired result, but…

1. First Names – What is the shared “real” first name of the Spice Girls nicknamed Scary and Sporty? A player on another league team was sitting by me at the bar (his team was not playing) and he spotted me an “assist” with this one (thanks Craig from Where’s Trey?) Got this for 10. Missed the bonus asking for the last names of both of the women.

2. Gaming – Deadly Alliance, Deception and Armageddon are 2019 installments of what video game series? Miss for 3.

7. Materials – What three-word phrase does Mr. Crabs frequently say on Spongebob Squarepants, which refers to a material excreted by some mollusks? Sigh. While it’s a good thing I didn’t have children because I would sing creepy songs by The Cure to them as lullabies, but I’m going to bet a lot of parents out there had an edge in answering this one – (or millennials who watched this as kids). Off my pop culture radar, miss for 4.

8. Definitions – What term describes both a piece of furniture for sitting and the act of speculating/theorizing without any real expertise (often used along with the word “quarterback”)? 6.

9. Novels – What is the name of the criminal mastermind character featured in a sci-fi/fantasy book series by Irish author Eoin Colfer? Nope for 2.

10. Sayings – What two four-letter words fill in the phrase – “blank and blank wait for no man?” Managed to get one of these, but not both, miss for 5.

Got two of these correct.

Scores – Nine teams, scores 24 to 55, with Mind the Gap in first. This is Sparta was tied with one other team with 51 points, and I was behind them with 44 points in sixth place.

In February 2019, what group reached #1 on the Billboard 200 albums chart for the third time overall, but the first time in more than 18 years?

Until next time, which will be Wednesday at the “other” spot in Milan. Next Thursday, I’ll be joining Kim and possibly a couple of others for a 80s music theme night. Our regular trivia game Monday is canceled for Memorial Day. As always, Go Pods, and stay classy, Brian Williams!