Saturday,  we picked up a couple  of movies to watch  at a local library  branch. Our “main” library  branch  was closed due to  a water main break, so we hit up another branch  – and struck gold! 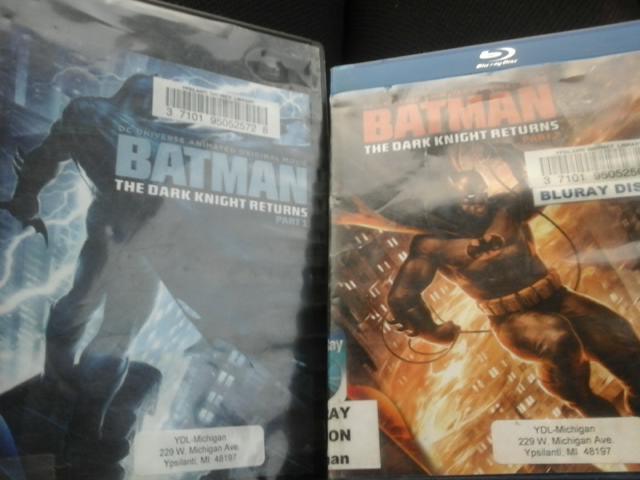 Luckily  I found BOTH parts on the shelves!

My husband  owns the Frank Miller  graphic  novel from which this two-part movie was adapted and has talked  very fondly about it. 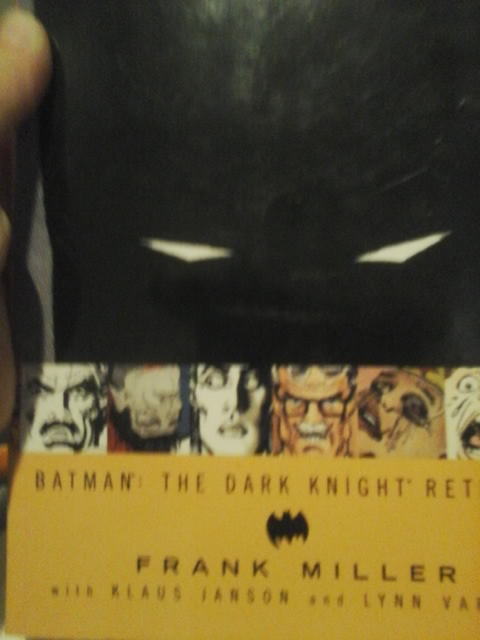 I have  only  read two graphic  novels  – Watchmen  by Alan  Moore – and Johnny The Homicidal  Maniac by Jhonen Vasquez. I look  forward  to  reading  this!

My overall  impression  while  watching this reminded  me of an iconic  quote from the 1976 film Network.

I loved the 1989 Batman  film, the 1992 sequel and Christopher  Nolan’s first two Batman  films. I like the animated  1990s series. And now I want to see the two movies we just rented…again! I loved seeing Batman kicking Superman’s  ass! Can’t  help but wonder how all of those nerd boys reacted  – those nerd boys who ever talked about – or wondered  who would win in a fight between Batman and Superman. And this, my friends – might be why this graphic  novel was written!

I would love to see a live action  adaptation  of this!

Sigh…Guess I’ll  have to settle for watching this… 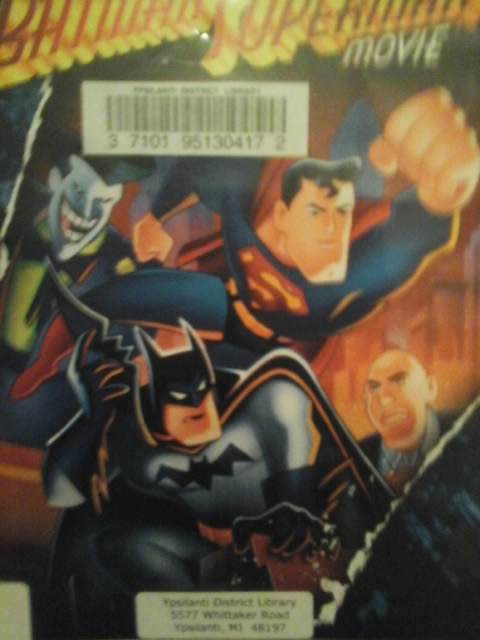 Anyone  else  see that viral meme about X number of billionaires  living in the US and not one of them deciding to be Batman? Well, I think billionaire Elon Musk might  be a candidate  to become Batman – or Lucius Fox at the very least!