And to think I was THIS close to sheepishly showing up at the My Trivia Live finals Saturday in the vain hopes that a team might need a fourth player! Stacy encouraged me to do it – but the allure of a beautiful autumn day won out, and my husband and I went to Greenfield Village instead. We were even greeted by another village visitor with a “Hey, ‘Pods!” Yes, we ran into a player on another trivia team there (go figure…small world)!  Here are some pictures from our trip… 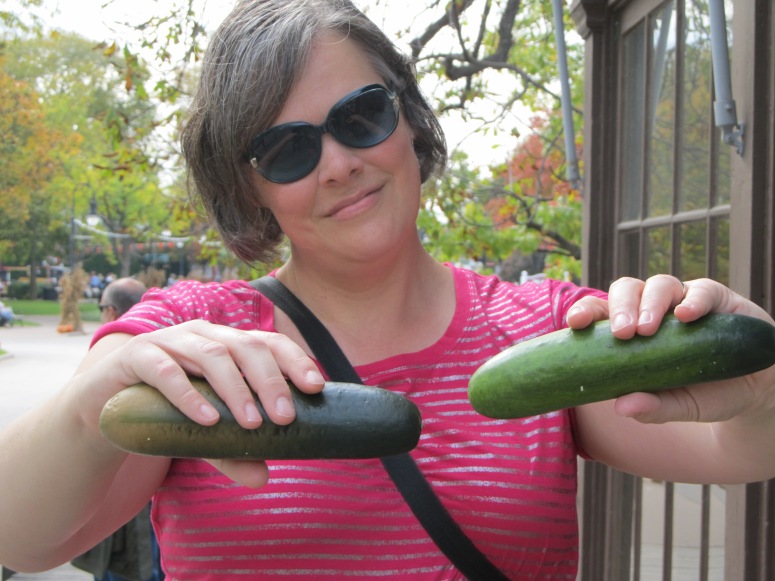 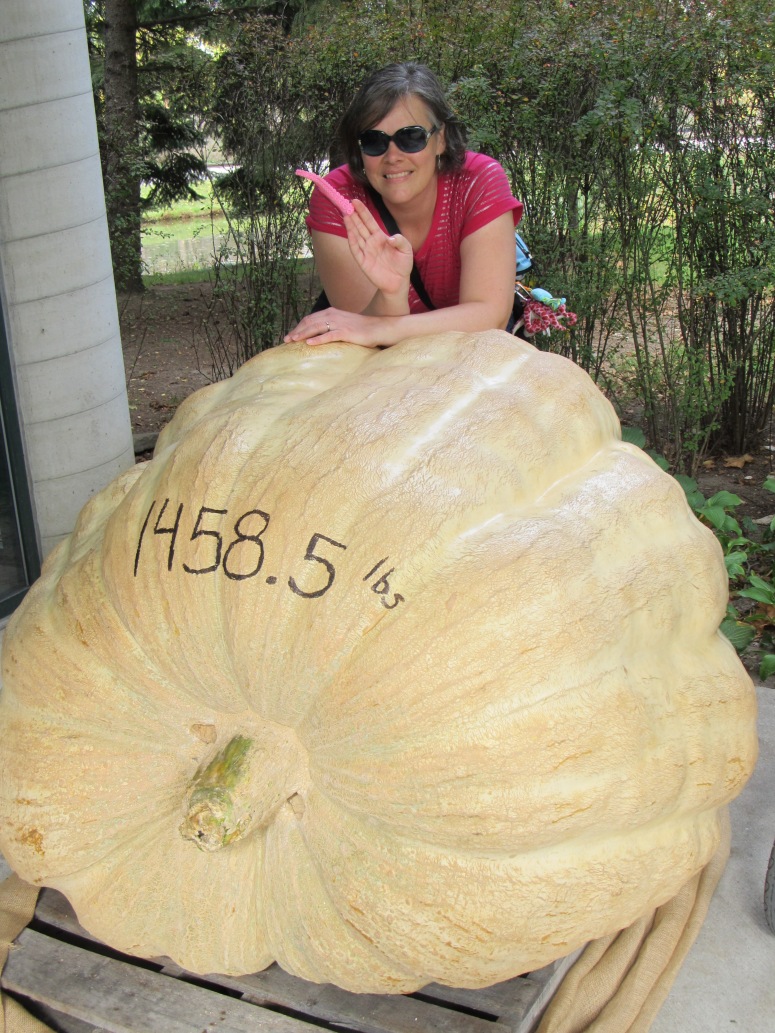 That extra half pound makes all the difference. 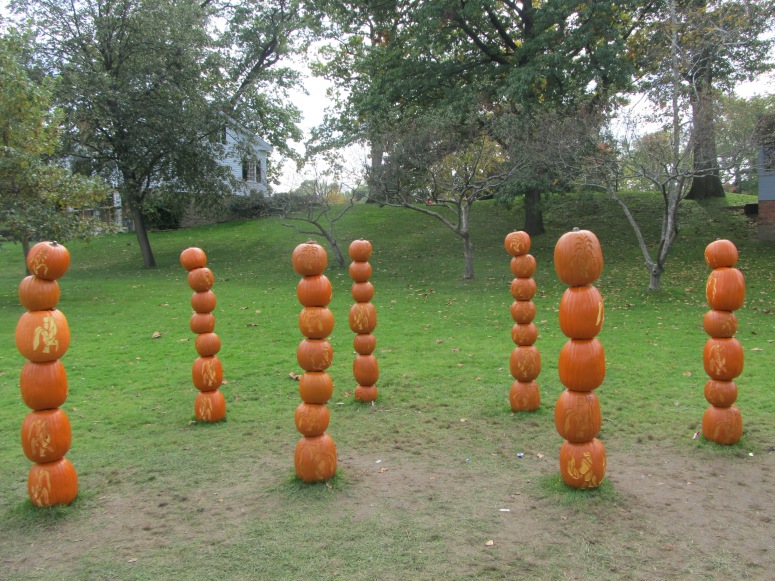 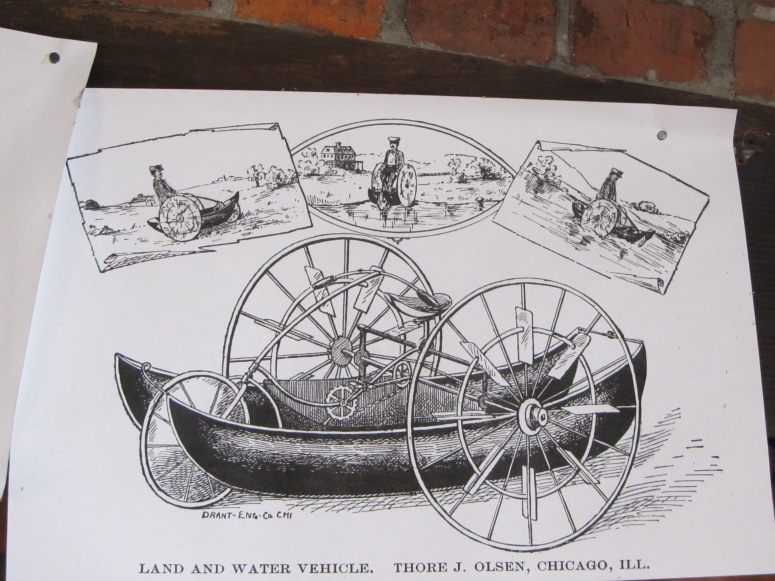 I want my amphibious car, dammit!

While I soaked up history and got lots of exercise walking all over the village, in a way, I was still at the tournament in spirit! And not just because I brought my new pink finger tentacle, a trinket I picked up at the Virginia Aquarium in Virginia Beach.

The tentacle LOVES to photo bomb…

Before the tournament even happened, I talked to some other players, wishing them the best of luck – and I was even notified by text message about which team had won (congrats again to the “dream team” One is the Loneliest Number, which consisted of members of four different league teams, one of which was More Beer Less Pants)! People who remembered the questions shared them with me (special thanks to David C. for helping us play in our ill-fated semifinal game and for providing a good number of the game questions – you may become a “trivia correspondent” yet)! And here goes with a recap of a trivia tournament that I did not attend! Thanks to Mike K. for taking meticulous notes and typing/printing out the questions!

Round One
1. Brands – What two colors appear on the “V” of the Valvoline logo?
2. U.S. History – Who is the only founding father to have signed the Constitution, the Declaration of Independence and the 1783 Treaty of Paris?
3. Current Business – In June, 2017, Travis Kalanick stepped down as the CEO of what company that he had been part of since its founding in 2009?
Round Two
1. Taglines – What retail chain uses the tagline “At the corner of healthy and happy?” Yup.
2. Slang Terms – Based on the noun for newly hatched fish, what is the slang term for a juvenile or not fully developed person or animal?
3. Animated TV – What series that debuted in 2013 was responsible for McDonalds bringing back packets of Szechuan sauce in 2017?
Round Three
1. Famous Women – Florence Chadwick, an American long-distance swimmer, was the first woman to swim what body of water in both directions?
2. Automobiles – The Ford Merkur brand offered an automobile in the late 1980s based on what astrological sign?
3. Football Firsts – Bob Griese was the first NFL quarterback to wear what on the field in 1977?
Halftime – Domestic Box Office
With “Beauty and the Beast” at number one and “Logan” at number 7, name four of the five highest grossing U.S. domestic box office receipts for 2017 (as of October 15, 2017).
Round Four
1. Theatre – What renowned star of stage and screen (deceased in 1989) was granted knighthood and a life peerage, becoming the founding director of Britain’s National Theatre?
2. Person of the Year – What computer programmer and Internet entrepreneur was Time Magazine’s Person of the Year in 2010?
3. Celebrity Marriages – Carmen Elektra was married to what guitarist/songwriter from 2003 to 2007?
Round Five
1. Baseball Stats – Before Dallas Keuchel and Justin Verlander, who were the last two teammates to strike out 10 or more batters in back-to-back postseason games?
2. Supply and Demand – After Hurricane Sandy, several states rationed the purchase of gas on even/odd days, a practice from the OPEC oil crisis of the 1970s. What determined which days of the week gasoline could be purchased?
3. ’80s Nickelodeon – What was the name of the 1980s Nickelodeon series that showcased serials such as “Into the Labyrinth,” “The Haunting of Cassie Palmer,” and “Under the Mountain,” all shows that typically featured psychic phenomena?
Round Six
1. James gangwer and Tommy Dunbar of the Rubinoos sued what Canadian singer-singwriter, claiming her 2007 hit “Girlfriend” had infringed the copyright of their 1979 song “I Wanna Be Your Boyfriend?”
2. Roads – Stretching 2,369 miles from Fort Kent, ME at the Canada/U.S. border, south to Key West, FL, what highway is the longest north-south road in the United States?
3. SCIENCE! – Named for its inventor, what is the name of the electrical resonant transformer circuit used to produce high-voltage, low-current, high-frequency alternating-current electricity?
Final Category – 2016 TV
Not counting sporting events, what was the highest rated TV show for the 2016-2017 season that was a spinoff of another show?