My quarantine “pardner” and I played a “virtual” Sporcle Live game presented via Zoom Friday night. We decided to goof off a bit with the cameras… (we just happened to have some costume stuff lying around in our studio, aka “basement.” ⇓ 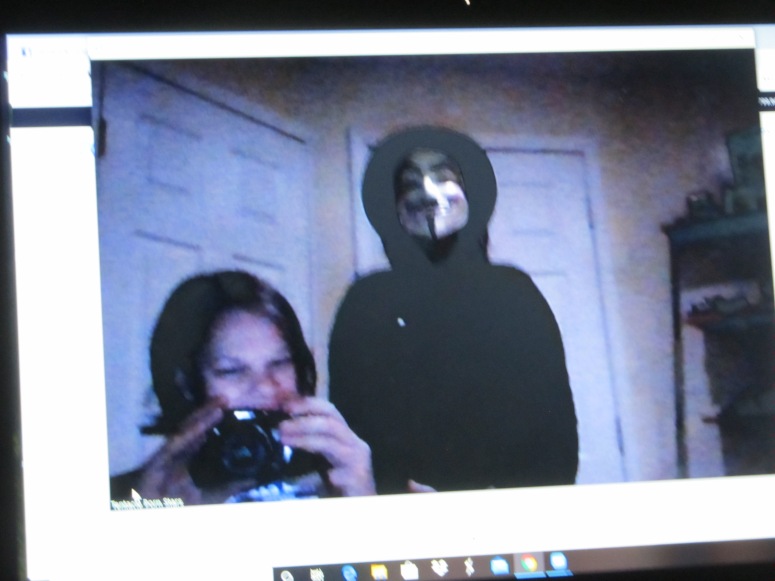 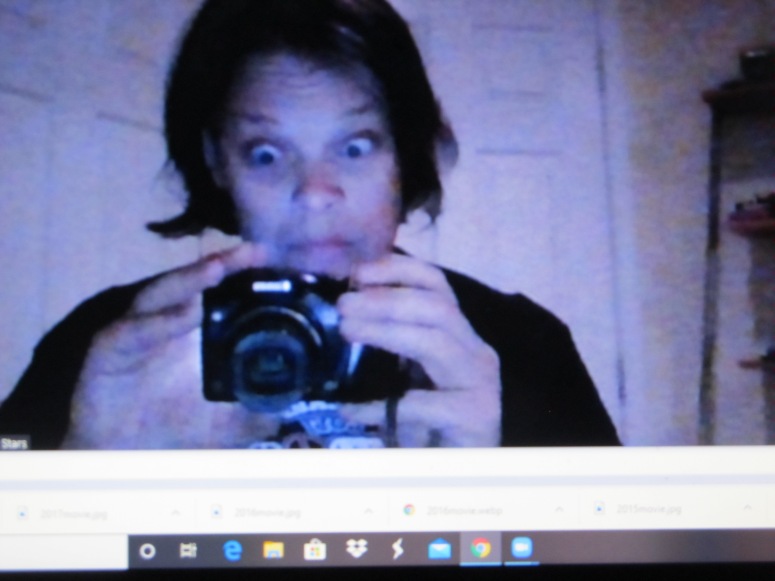 We managed to finish in second place! Woot! Not that it means much, just a “chance” to be entered into random gift card drawings…

I’ll have a WHOLE team for trivia tonight! It will be nice to see everyone again…even if it’s just seeing them on my laptop screen – and hearing their voices! Hearing them laugh at my lame jokes…ah I miss trivia nights!

Here are the questions from Friday’s game:

Mystery – “Bird” is the word

All of the correct responses will begin with “b” and end with “d.”

M1 – Any of a various, usually large, birds of prey

M3 – The young of an animal or family of young 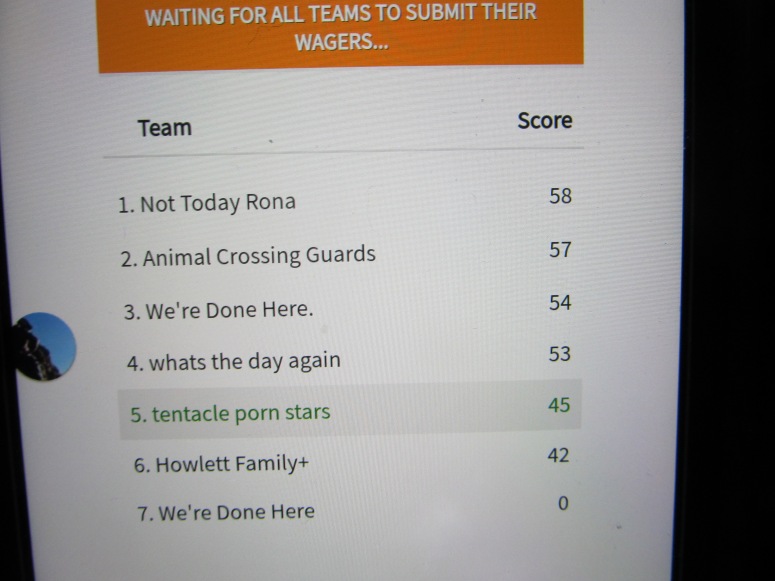 We’ll be back at it again tonight, playing with host Kimberly from Ypsilanti! Sign up to play against us here!