1. Island Nations – Nicosia is the capital city of what European island nation?

2. Elements – Name one of the two elements named for U.S. states. Both for a bonus point. 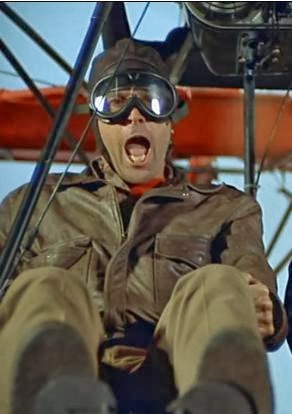 4. ’80s TV – Which “A-Team” character (pictured above) typically flew the planes and helicopters on missions?

6. Athletics – What animal is the mascot for the Oakland Athletics?

7. Country Singers – What artist originally recorded “The Devil Went Down To Georgia?”

8. Toys – What toy was originally called the “Pluto Platter” when it launched in 1955?

10. Memorials – Within five, in what year was the Vietnam Veterans  Memorial dedicated in Washington, D.C.?

Yes, this round is just for Mike (no complaining about all of the “this day in history” mystery rounds I’ve been doing)!

Identify the characters from either The Hobbit or any of the three Lord of the Rings books based on the following descriptions:

M3 – Eccentric wizard known by the qualifier “The Brown”

1. Food –What staple food did the retailer Costco recently announce it would not accept for refunds as means of discouraging panic shoppers?

4. U.S. History – What  abolitionist was hanged for treason because of actions involving a raid at Harper’s Ferry?

6. Expansion Teams – What west coast city is slated to be the newest city to have a NHL team?

7. Interstate Highways – If traveling north on I-75 in Michigan’s Upper Peninsula, what is the last city you’ll pass through if going through to Canada? Yes, this is a fairly easy “interstates” question…

8. Dickens – What is the name of the primary protagonist in Great Expectations?

9. Sitcoms – What actress plays Claire Dunphy on “Modern Family?” I seriously would not have known this without looking it up, so don’t feel bad if you don’t know this!

10. Anatomy – In the human body, the patella bone is located where?

Sorry, no visual mystery round today folks…(hey – I did TWO yesterday)!

Final category: What Year Am I?

Identify the year the following events all occurred: