We hadn’t checked out the Thursday night Sporcle Live trivia scene at Sticks since…October, so a couple of us decided – why not? The trivia crowds were lighter than usual, probably for the same reason they were lighter Wednesday at Tower Inn (EMU students out of town for the holiday).

The first game’s questions were…a bit rough! How rough were they? Well, we were in last place heading into the final with only 36 points! Taking the edge off that a bit was winning a $10/second place gift card for getting the final question correct. You always kind of hope when you’re in the toilet in terms of scores that something like that might happen, though it very rarely does!

And here are the game questions, assume they are abbreviated versions of the questions presented to us.

1. Toys – The “Pluto Platter” was the original name of what toy produced by Wham-O which was inducted into the National Toy Hall of Fame in 1998?

2. Cooking – In the Italian dish chicken marsala, what is marsala?

3. Anime – What anime series follows the adventures of Ichigo Kurosaki? There were additional qualifiers here but I didn’t write them all down, we missed this for 9 (other teams also missed this for big points too).

5. 2010s Films – What 2010 Bruce Willis film in which he starred with Tracy Morgan as veteran cops is the highest-grossing film at the U.S. box office directed by Kevin Smith? Nope.

6. World Cities – (this is usually a strong category for us, so we hoped we’d maybe get some points here, but…) – Izmir, Bursa and Adana in addition to the capital city are among the most populous cities in what country? Nope…

7. Fonts – What font, designed in 1982 by graphic designer Chris Costello, shares its name with a thick paper-like material produced from the pith of the plant from which it gets it name? Yay points!

8. Restaurants – In what non-American city did the first Hard Rock Café open in 1971? FB clue…

9. Novels – The 2015 novel Go Set a Watchman was originally promoted as a sequel of what other novel though it was widely accepted that the 2015 work is a first draft of the other novel? Nope. 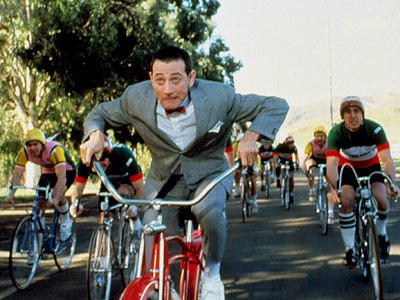 M1 – What TV channel canceled a series of commercials for Zola, a wedding planning company that featured two women getting married, later reversing their position after a backlash?

M2 – A midfielder for Arsenal criticized the re-education camps being used in what country, which caused that country to not broadcast the match featuring Arsenal and Manchester City?

M3 – What disease, which was declared eradicated in 2000, has seen a recent outbreak in Samoa, which prompted the declaration of a national emergency?

We only managed to get #1 right (on a wild guess), and #4 correct, so we had 36 points going into the final and were in last. Baby Yodas were in first with 57 points, just ahead of the other Star Wars themed team BB8 or Bust.

Name both European countries whose most populous cities begin with the letter “Z.”

2. Religion – The Bhagavad Gita is a 200 verse long scripture that is integral to what main religion?

3. Artists – What American artist, who died in 1978, produced more than 4,000 original works including The Four Freedoms series, The Problem we All Live With and multiple calendars and magazine covers for official Boy Scout publications?

4. Holiday Music – Audio clip of a “girl” band performing what would be their only holiday album. Miss.

5. Forests – Which U.S. state is home to seven national forests totaling 20.4 million actres – roughly the size of South Carolina – including Nez Pierce and Sawtooth – among others? Miss.

6. NBA Players – Jeremy Lin was drafted to play for the Golden State Warriors but started his career with what team? For a bonus point, how tall is he? Miss, miss.

7. Human Body – What internal organ consists of four lobes – right, left, quadrate and caudate? We didn’t take any chances here, we wrote down EVERY internal organ we could think of, even ones we knew weren’t correct, such as Isles of Langerhans and the appendix. Got this…

8. TV Jobs – Nicholas Colasanto and Woody Harrelson both played characters performing the same job – though at different times on what TV series?

9. Video Games – What action/adventure video game franchise launched in 2005 follows a Spartan warrior named Kratos? We actually got this correct (Dave used to have this game and Mike played it at his house).

10. Trials – The Rivonia Trial, which took place in South Africa from 1963 to 1964 led to the conviction of 10 different people, most notably what man, who served 27 years in prison?

We got two of these correct.

We were in second heading into the final with 52 points behind Baby Yodas, who had 589 points.

In addition to Twilight Sparkle, there are six main characters who have appeared in over half of the 222 episodes of My Little Pony: Friendship is Magic. Name any one of those six characters.

Our next “team” trivia game will be Monday – at Sticks again. We’re expecting to have at least four players – including one who has never been able to come out for Monday night games. As always, Go Pods, and stay classy, F.W. DeKlerk!