I ordered a couple of pairs of “sleep pants” today…one of the pairs is navy blue with multicolored polka dots on them, and the other pair…has LLAMAS on them! I’ve been somewhat fascinated with llamas since I was a kid and learned that they will spit on people who irritate them. 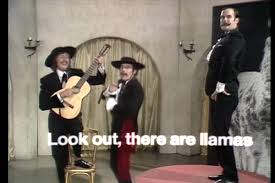 The cast of Monty Python warning you about something…completely different

My fascination with llamas has pretty much trickled into my adult life, too. The most recent thing I learned about llamas is that they have been very prized in South America for centuries, mainly for their wool and milk – but really couldn’t be ridden.

A couple of years ago, I bought a “llama bag,” which holds scrap paper, pens, rubber finger tentacles and other essential trivia game essentials. When I posted a photo of it online, I had someone asking me where I bought it! Sadly, it was a “clearance” item when I bought it, so their searches for the same bag might have been nigh impossible. Here are a couple of photos of that bag (which has recently  had its handle replaced with a piece of thin orange rope): 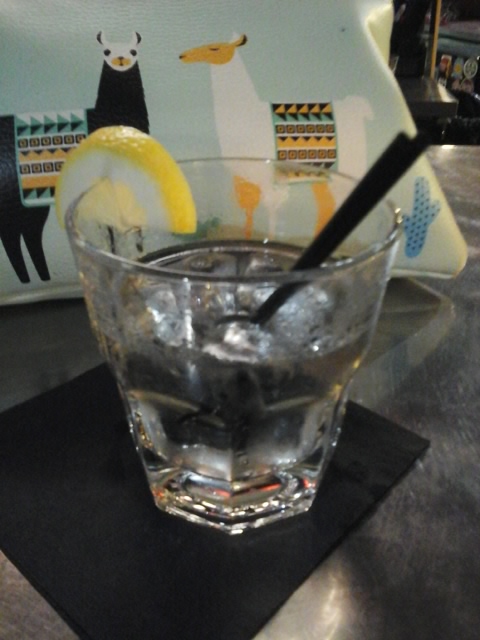 Without burying the lede even more, here’s a screen shot of the pants I ordered today: 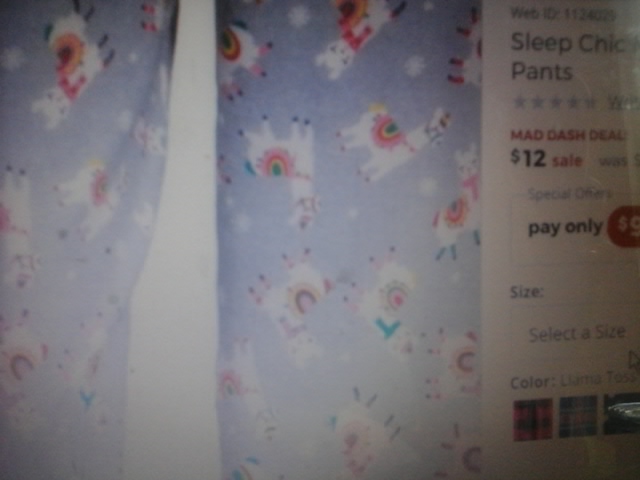 The best part? They have a 34-inch inseam, so they will be llong enough for me! I’ll be careful to keep them out of the dryer so they don’t shrink.

Another fun fact about llamas…they are used to haul gear up and down the slopes of Mount LeConte in the Great Smoky Mountains. You can read more about that in this other blog I wrote about llamas.