My niece, Anabel, will be competing in the Junior Nationals cross country ski championship in Anchorage, AK today at approximately 3:06 p.m (Eastern time zone). Since we have an older TV, we’ll be hooking up the USB cord and watching it on the “big screen!” Her “bib” number is 226.

Now for some pics of us together! There are really not too many, since I am usually the one TAKING the photos!

Anabel and I after a particularly rough hike near Copper Harbor in 2013. We hiked on a trail that hadn’t been cleared for the season yet, so there were quite a lot of downed trees. 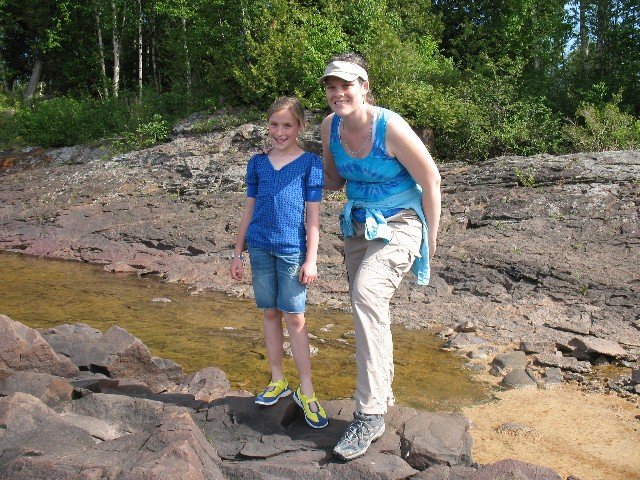 Anabel and I in 2010 on the shores of Lake Superior near Eagle Harbor, MI. 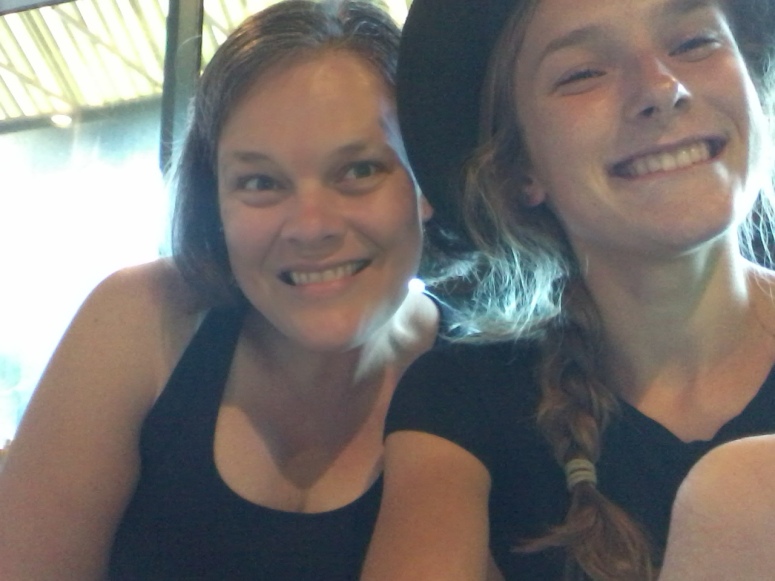 Anabel and I at a trivia game in 2016. I turned over my tablet to her to take the selfie (she is much better at taking selfies than I am)! It was purely by accident that we both happened to be wearing black…