When I was “studying” for a trivia tournament a while back, I decided to create a “mnemonic device” for remembering the order in which all of the “Original 13” U.S. colonies were admitted to the union. It involves a bleak sentence that mentions doomed U.S. Cavalry commander George Armstrong Custer! What I did was make up a sentence using the first letters of each of the 13 colonies – excluding the first three colonies (which are Delaware, Pennsylvania and New Jersey). I remember those by simply remembering the letters DPJ (don’t ask me to explain how my weird brain works, I barely understand THAT myself)!

George Armstrong Custer graduated from the bottom of his West Point class in 1861 – and because trained officers were in high demand around this time (because of the U.S. Civil War), he was immediately put into “action.” He died in the Battle of Little Bighorn in 1876. My niece visited this battlefield site a few years ago, I distinctly remember her talking about one of the cavalrymen’s bodies having been castrated after the fact. She was quite young to be talking about the subject of castration, but she seemed really excited to share that fact with her aunt and uncle (gotta love her – maybe she does take after me just a bit, LOL)!  I have been unable to verify this fact, other than seeing in a comment thread on a message board that the body of George Custer’s brother, Thomas, had been castrated and heavily mutilated following the battle. War is Hell!

My sentence for remembering the names of U.S. colonies #4-13:

And I have one more “mnemonic” device to share! This one will help you remember the names of all of the Caribbean sovereign nations (Lesser Antilles only). You will still have to remember Cuba, Jamaica, Haiti, Dominican Republic and Bahamas (I don’t have a “device” for remembering those, but they are the “major players” in the Caribbean).

From south to north, here’s my “sentence” for remembering the Lesser Antilles island nations in the Caribbean – which involves a good number of ’70s-era TV celebrities – including John Travolta from Welcome Back, Kotter, Kate Jackson from Charlie’s Angels and Dana Plato from Diff’rent Strokes (welcome to my weird brain)! 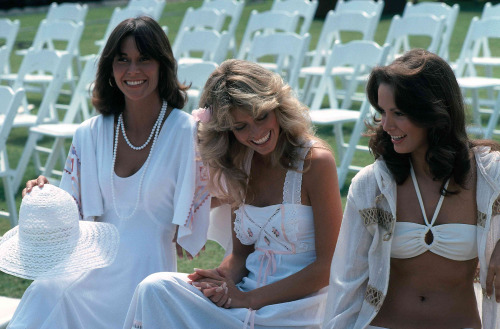 Kate Jackson (left) didn’t show as much skin as her co-stars on Charlie’s Angels, probably because her character Sabrina Duncan was considered “the smart one.” Jackson also co-starred on the ’80s drama series Scarecrow and Mrs. King. I am fairly certain Charlie’s Angels is one of  a few TV shows Daddy watched after the kids went to bed! 😉

Mnemonic devices might be kind of a “renegade” way for remembering things, but these two different “tricks” have helped me and my trivia team on countless trivia questions! You’ll have to tailor them to YOUR brain!