Two years ago tonight, a “dream team” of myself, Kimberly, Scott and Mike came, saw and conquered an ’80s music theme night in Canton, MI! Read a recap of that game here.

The white thing that looks like it’s coming out of Kim’s head is the cord Mike (second from right) was using to charge his phone! I am first from left and wearing a real vintage Guess jean jacket from the 1980s! I was wearing it when I was in a car accident in 1989, and it was cut off my body by paramedics. My mother stitched the jacket back together! I may not be able to button up the jacket completely anymore, but I can still wear that jacket!

The decade of the 1980s will always have a special place in my heart. It’s when I was utterly addicted to MTV, it’s when I used to write down the Top 40 songs every week (which I did in the mid 1980s for a bit), it’s when I used to go out for movies almost every week (usually with my older brother). Speaking of movies, I played in a ’80s movies theme trivia night in 2018 and we won first! Though there were jokes that I could have fielded a one-person team for this game? That was absolutely NOT true! I would have needed help with the questions about Firefox and Johnny Dangerously! And I had no clue on the Porky’s question (nobody on my team knew that one). Read a recap of that game here. 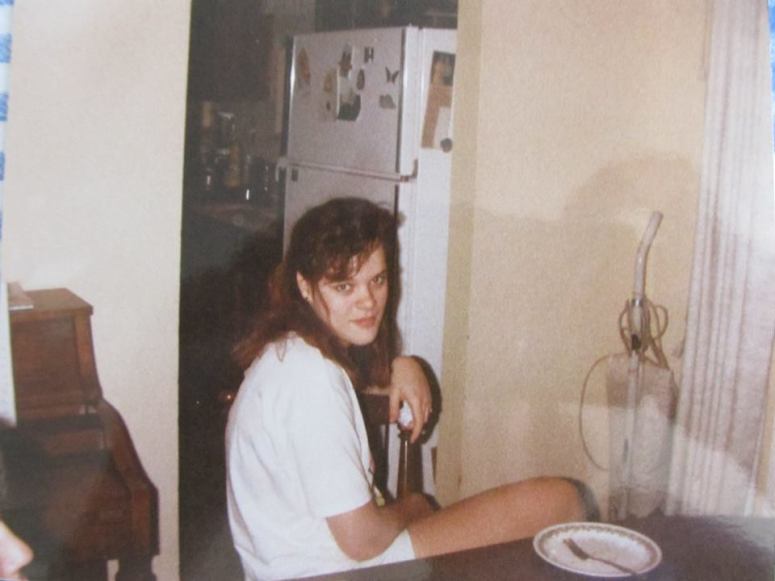 Love how the vacuum cleaner is photobombing this photo…