We assembled a nine-person, two-cat three dog “virtual” trivia team Saturday night. Weather was perfect for setting up the Zoom conference slash trivia show outside! I thought the clouds were kind of pretty, but something always gets lost in translation when you attempt to take a photo of pretty clouds (that pesky Dish satellite dish kind of uglifies the picture, too)! 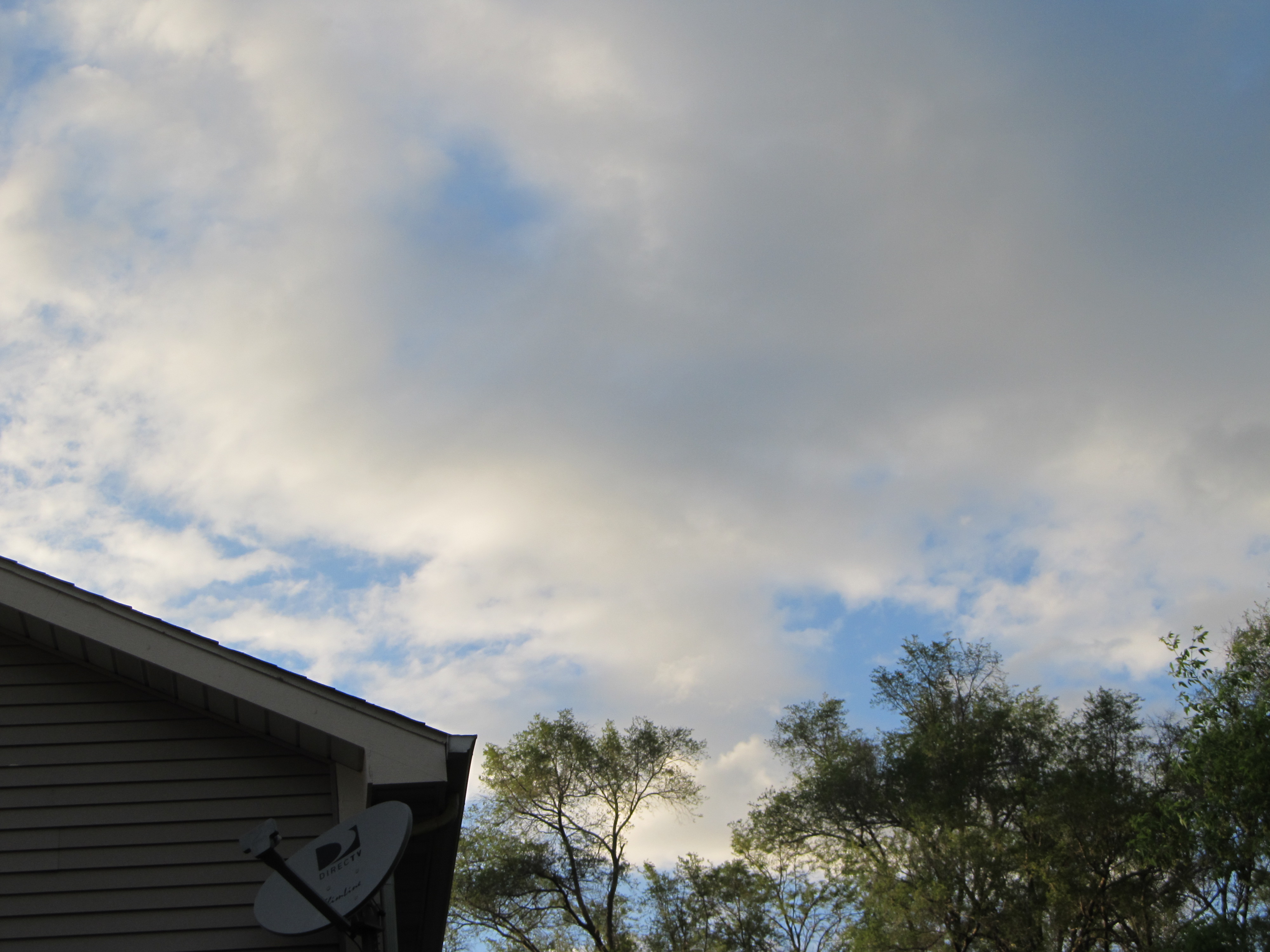 Other than our host being a bit…unpleasant – didn’t seem to have any sense of humor, was kind of nasty with my teammate Brad when he tried making a couple of jokes and basically acted like an utter dick. I’ll keep that in mind when picking future shows and try to avoid this guy’s shows (I try to pick local hosts but I’ll avoid his)! Stick with the hosts I know are decent with both the technology AND personality! No, I’m not naming names, but if anyone wants to know who this one, please indicate in the comments. All of that said, here are the questions that me, my husband Mike, my brother/sister in law Mike and Mel, friends Sam, Angela, Dave, Susan and Brad all joined forces in answering! Sadly, the cats and dogs didn’t help with the questions much, but I always enjoy seeing people’s pets!

1. TV Catchphrases – “Who Shot J.R.” is a phrase most closely associated with what TV series, which aired on CBS from 1978 to 1991 and was rebooted on TNT from 2012 to 2014? Me quoted during the game? “I wasn’t really into this show, I was more of a “Dynasty” girl.” My brother said his soap opera vice was “Falcon Crest!” I was kind of surprised, I thought he liked “Remington Steele.” Speaking of ’80s TV, he and I may be joining virtually in a ’80s TV theme trivia game tonight!

2. Food – Lox, often served on a bagel with cream cheese, is a fillet of what fish that has been cured in a salt-sugar rub or a brine?

3. Olympians – In 2010, who became the first American woman to win an Olympic gold medal in downhill skiing? Discussed right woman, picked the wrong one for our answer…

4. U.S. Cities – Name two of the three U.S. state capitals that begin with the letter “T.”Easy for our core players…

5. Brothers – Wilbur and Orville Wright, best known as the constructors of the world’s most successful airplane in 1903, had previously opened a business in 1892 for selling and repairing what item? No, it wasn’t “steam powered vibrators.” If you think the discussion for THIS question was racy, wait til we get to a couple of others!

6. Words – What ten-letter word describes the tail of an animal that has the ability to grip? And this is when we discussed octopus arms, particularly the special one that contains what I called “boy juice.” The others thought that was funny for some reason! It took me a couple of clicks to remember what the actual name of that arm was, (hectocotylus). When a boy octopus wants to put his arm around you, best check which arm he’s putting around you! Don’t look up “octopus sex,” BTW…it’s probably too weird for you! And for f—s sake, do NOT look up “tentacle porn!” But you’re going to do that anyway, aren’t

7. Toys – First introduced in 1972 under the name Squibbly, what toy product has been used by the U.S. military to detect trip wires for explosive booby traps? Mike was able to summon this correct answer…

8. Bands – Dead.net is the official web site of a band founded by Bob Weir, Pigpen McKernan, Phil Lesh, Bill Kreutzmann and what other member? The original question had a typo and listed the first guy as “Bob Weird.” Almost threw me in the wrong direction…

9. Not Kids’ Books – What ancient Hindu text is a guide to virtuous and gracious living and is mostly about the philosophy and theory of love, though many ignore those parts and focus on the one-fifth of the book that is about creative sex positions? An opportunity for more sexy trivia conversation!

10. Kids’ Books – What kind of animal is a “Runaway” in the title of a 1942 picture book by Margaret Wise Brown? Susan stepped in for this one…

Name the film featuring Angelina Jolie based on a quote from her character.

M1 – I’m playing the villain, baby, just like you want. I try to give you everything you want.”

M2 – “It is said that the Dragon Warrior can survive for months at a time on nothing but the dew of a single gingko leaf and the energy of the universe.”

M3 – “I will not ask your forgiveness because what I have done to you is unforgivable. I was so lost in hatred and revenge. Sweet Aurora, you stole what was left of my heart.”

M4 – Drove a Corvette in The Magician, a Ford pickup truck in The Incredible Hulk and in the Courtship of Eddie’s Father, he walked.”

Missed #1, though we did discuss that movie (not in reference to that quote).

The Eurasian lynx, Canada lynx and the Iberian lynx are three of the four species in the genus Lynx. What is the common name of the fourth species, whose range includes much of the United States?

I think nearly every team got this correct, we weren’t high enough in the standings to land first or second. Oh well…As always, Go Pods, and stay classy, Maleficent!