If Otto von Bismarck were alive today, I believe he would be a dominant force in social media. He would have millions of Twitter followers, would have lots of sexy swimsuit photos of himself in his Instagram account (JK) and would be positively “memeworthy.” People would retweet his tweets, people would talk about him in the office, talk about him in bars, teenage girls would have beefcake posters of him on their walls and in their lockers (again…JK)! We might not all agree on whether to love him or hate him – agree about whether’s he’s fetching in a  Speedo swimsuit or not – or be for or against his political views. What people would likely agree upon is that Otto von Bismarck certainly knew how to turn a phrase!

All of these quotes are translated from German

The great questions of the day will not be settled by means of speeches and majority decisions but by iron and blood.

Laws are like sausages, it is better not to see them being made.

Never believe anything in politics until it has been officially denied.

Politics is the art of the possible.

Lyricist Tim Rice certainly must’ve found Otto von Bismarck to be quotable, as evidenced by “Art of the Possible” being one of the songs in the 1979 Broadway rock musical Evita – which he co-wrote with Andrew Lloyd Webber. Politics is kind of a big underlying theme with a lot of the song lyrics, which could be “inspiring” for any politician running for office today (I’ll get to more about that in a bit). 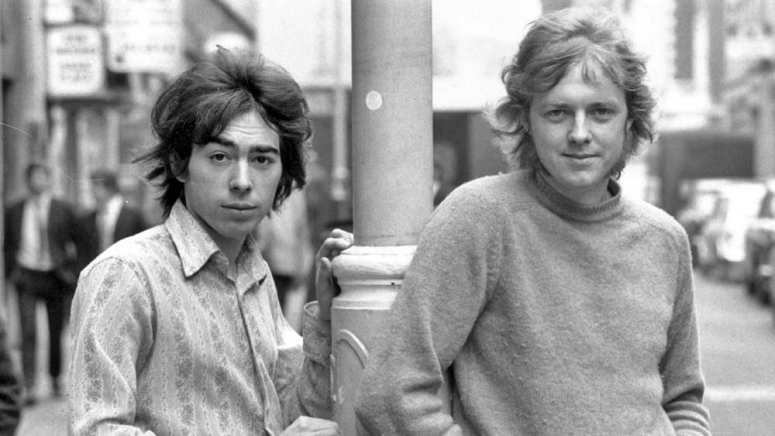 I suppose you thought this was an old photo of Carl Bernstein and Bob Woodward? Maybe their stunt doubles? Nope, this is an old photo of Andrew Lloyd Webber (left) and Tim Rice (right). Both are now owners of Emmy, Grammy, Oscar and Tony awards.

I suppose it’s not entirely uncommon for writers/artists to obtain “inspiration” from other writers/artists. Even if it means stealing their material outright! As songwriter Bono wrote in the song “The Fly:”

With that spirit in mind, why don’t we talk about some of the most cannibalistic folks imaginable – (figuratively speaking) – politicians! It’s an election year in the United States, after all! Why should Tim Rice be the only one to “borrow” his inspiration? Politicians can lift quotes from Tim Rice, too (turnabout is fair play)!

I’m not going to get into the weeds about politics specifically…this is NOT a political blog, never will be a political blog and…no, just no! there are plenty of talking heads on TV and on the Internet to discuss politics! Without further ado:

One always claims… mistakes were planned…when risk is slight, one takes one’s stand

Dice are rolling, the knives are out…would-be presidents are all around…I don’t say they mean harm…but they’d each give an arm to see (me) six feet underground

Forgive my intrusion but fine as those sentiments sound…little has changed for (blank) down here on the ground…I hate to sound childish ungrateful I don’t like to moan…but do you not represent anyone’s cause…but your own?

This is crazy defeatist talk…why commit political suicide, there’s no risk…there’s no call for any action at all…when you have (blank) on your side

Don’t think I don’t think like you I often get those nightmares too they always take some…swallowing…sometimes it’s very difficult to keep momentum if it’s you that you are following…don’t close doors keep an escape clause because we might lose (blank).