Warning: This game recap will make references to violence, scenes in horror movies and other things some folks may find unpleasant. But it’s…October – and horror films are on TV, and it’s the time of year to embrace the spooky, creepy and demonic! Don’t worry, it’s all PG-13 violence (though I wouldn’t recommend reading this game recap to young children)!

You know those bad horror movies where  people repeatedly do things that are stupid which winds up getting them killed? Like those – not so smart people – who think it’s a good idea to bury pets on that “Old Indian Burial Mound” in Pet Sematary – or the even more stupid folks who bury HUMANS there? Did anyone see Pet Sematary 2 with Edward Furlong in it (it’s pretty awful)? Spoiler, Edward Furlong buries his dead movie star mom in the “Old Indian Burial Mound” and surprise, he’s got a manic, homicidal zombie mom on his hands! Or maybe just his friend’s dog… 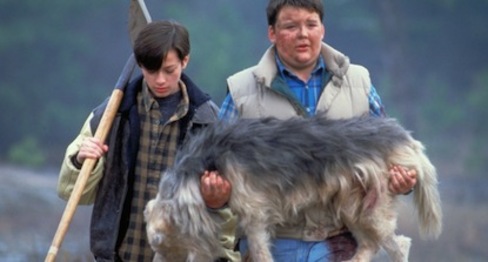 A scene from Pet Sematary 2.

While we didn’t exactly bury any corpses on “The Old Indian Burial Mound” in our trivia game last night, we predictably f—ed up our wagering on a golf final question! Wager points, fail the question – wager zero, know the answer. We also f—ed up the final question about movies starring Antonio Banderas and Salma Hayek, so obviously it was just NOT our night to do anything but act like hapless fools in a bad horror film and run from the guy wielding the chainsaw (until we fall on our faces)! Now does anyone know a good place to bury a dead cat? Asking for a friend!

We logged our second lowest score out of all of our Sticks games in this current season with 83 points and won no prizes. We are currently in the lead by only TWO points! It’s all part of the ‘Pods’ playbook – easily dominating any bar just…isn’t the way we roll! Game two was particularly rough, especially the visual round. Only three more weeks to go!

1. Organizations – OPEC organizes and unifies policies involving what natural resource which is represented by one of the letters in its name? 10

2. A Brief History of Time – Cuckoo clocks are cultural icons of what country, wherre it was believed they were designed in the Black Forest? 9

3. Spin-Offs – What TV series debuting in January, 2019 is set in the 1990s and is a spin-off of The Goldbergs? Our “guest” player whom is more knowledgeable about TV than us had not yet arrived, so we missed this for 1. We secretly always hope that Maude will be the answer when the category is “spin-offs” (we have strange trivia fantasies)!

4. World Capitals – What South American country is the southernmost capital city in The Americas and its name translates to English as “mountain view?” This country is part of what I describe as “twins” in South America, and I’ve attempted to learn the differences between the “twins” (fraternal twins, not identical twins, for the record), including their capital names. Why? Because we’ve been burned by these questions in past trivia games (why ELSE)? 🙂 8

9. World Leaders – In 1959, who led the overthrow of Fulgencia Batista and became the leader of Cuba? Bonus, in what year did this happen? 3 plus the bonus.

10. Skills – What time is if if the larger hand on an analog clock is pointing at the 9 and the smaller hand is between numbers but closer to the 4? I am SO glad that Brad and Mike were all over this one…

M3 – Largest country that borders only Italy and country on the coast of Arabian peninsula.

Missed #1 (but Brad made a noble effort).

Scores – Seven teams, scores with us in first.

Salma Hayek and Antonio Banderas have been credited together in six different theatrically released films, all released between 1995-2011. Name two of those six films.

We picked two movies with Banderas, but only one movie with Hayek. What would happen to us for missing this – if we were characters in a Robert Rodriguez movie featuring Hayek and Banderas? Well, Banderas would get out his guitar case, that actually has…guns in it and turn them on us! Maybe we’d dramatically beg for our lives with our hands behind our heads while on our knees, maybe we’d turn the tables on our attackers, systematically kill all of them and walk away from an exploding building while some music by Los Lobos plays (I’m thinking some soulful Spanish guitar) just like in so many movie posters. Dang, I want to  watch one of these movies now!

1. Breakfast – What item is shared by both Count Chocula and Lucky Charms cereal? 10

2. Actors – What actor has played Spider-Man in the most theatrically released films in the 21st century?

3. Designers – What American fashion designer born in 1939 was best known for designing for The Carol Burnett Show? We put down another designer whom was prominent in the 1970s, but not the right one (the designer we put down was born in 1932 and died of AIDS in 1990).

5. Video Games – USA World Exotica, Velocity and Blast are versions of what game originally released in 1994 by Midway Games? Miss.

6. U.S. Cities – Name two of the three most populous U.S. cities in the Pacific Time Zone that are not in California. All three for a bonus point. Got all three for the points plus the bonus.

7. TV Series – Created by David E. Kelley, what courtroom drama aired eight seasons and featured characters named Bobby Donnell and Rebecca Washington? Our “guest player” helped steer us to the right show (boy did we need some points in this round)!

10. Presidents – Who was the first Democratic president elected in the 21st century?

If I were a character in horror movie, the masked antagonist who never says anything but just breathes really super loud would be sticking a knife in my gut – and giving it a good twist (way to ensure a slow, slow death – you masked antagonist…you)! Maybe one of my friends would give me a nice double-tap with a shotgun to put me out of my misery. Can you tell golf questions are agonizing for us?