Big news…a restaurant manager named Jason McNeely at Cafe Ollie in Ypsilanti, MI found secret “spy cameras” in each of the two unisex restrooms and immediately removed them A 31-year-old man…presumably a scumbag – has been charged with 10 different felonies. Read more about this story here. 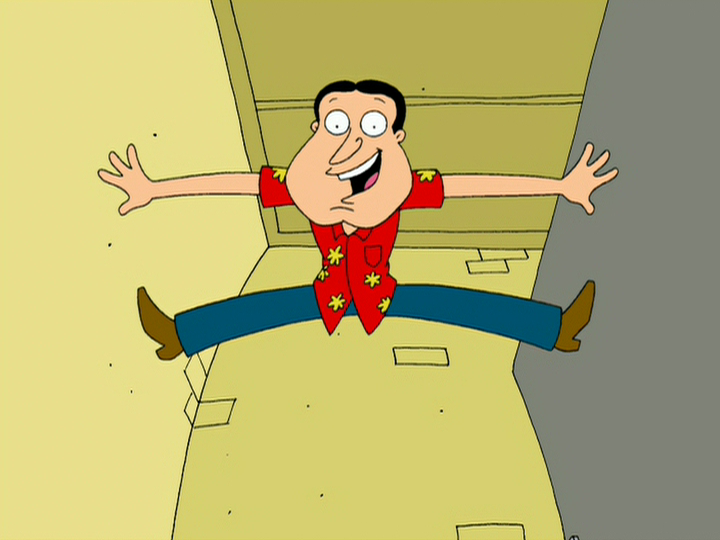 Quagmire from Family Guy spying in the women’s restroom at a bowling alley.

Ypsilanti police declined multiple MLive requests for comment or information about the case, but McNeely said, through his conversations with detectives, he was told the charges are related to video and images Szachta is accused of secretly recording or sharing from various other Ypsilanti-area businesses, not Ollie Food and Spirits.

So…where ELSE has this guy put secret spy cameras? This is what the readers really want to know!