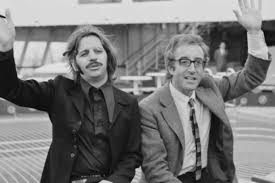 Ringo Starr was inspired to write Octopus’ Garden, the last Beatles song to feature Starr on lead vocals, by taking a boat ride with his friend – actor Peter Sellers. The track appears on the Abbey Road album, but was recorded during the recording sessions for the album called The Beatles (better known as The White Album).

On this boat ride, Starr learned that octopuses build “gardens” by arranging rocks and other objects (particularly shiny objects) on the ocean floor. Because of mounting tensions within the band at the time, Starr said that he had often thought about escaping the tensions by going “under the sea.”