One of my Facebook friends has inspired me! I also thought that since I recently posted a blog about the most annoying songs ever recorded (IMHO) – that I’d balance out that “negative” blog with a more positive one! And all of these albums listed below, of course are based on MY opinions! And you know what people say about opinions. No? You don’t? Well, as a curmudgeonly old journalist colleague of mine said so eloquently:

Opinions are like assholes. Everyone’s got one – and thinks everyone else’s stinks.

I don’t expect everyone to agree with this list! And to be honest, these  lists tend to change each time I do them! I love lots of different music… 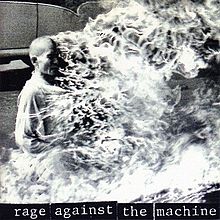 I would describe this album as “musical caffeine.” Hey, my musical tastes are fairly well rounded – I love harmonies, strong melodies and acoustic guitar as much as any self-respecting child of a hippie. Afternoon Delight by Starland Vocal Band takes me back to when I was 5 and could play this single on my own portable record player (go figure my favorite song was about afternoon quickies). But then… there’s THIS Rage Against the Machine album. Edgy lyrics, hard-driving guitar and just plain blunt sentiments such as, “Fuck you, I won’t do what you tell me.” Haven’t we ALL wanted to say this to someone else? As a testimonial to how bad-ass this band was, ALL of their tracks were banned from airplay following 9-11. Read more about banned songs in this article.

There are no “bad” tracks on this album. At all. If the self-titled album Rage Against the Machine had a “Bizzarro” cousin, this album – with its peaceful “hippie” vibe and lovely acoustic stylings –  would be it. I still love Peace Train as much now as I did when I was a little girl and would ask my mom to play the track again. If you download this track, be sure it’s the “longer” version because you do NOT want to miss the lovely acoustic guitar interlude at the end. Other notable tracks on this album include Moonshadow, Tuesday’s Dead, Bitterblue (another favorite Cat Stevens track of mine) and How Can I Tell You (a cover version of this was recently used in a DeBeers commercial). Oh yes, and Cat Stevens did the cover art himself.

Yes, Depeche Mode’s music is a bit…on the “dark” side. This group is not known for its peppy melodies so much anymore, now that its original founder Vince Clarke is now in Erasure (Depeche Mode’s early work is notably much more “boppy” than its later work). But it’s still great stuff! This album, in particular, will take you down some pretty dark musical paths covering topics as heady as addiction (Never Let Me Down, Behind the Wheel), sadomasochism (Strangelove), wanton lust (I Want You Now) and whatever the Hell the dark instrumental piece Pimpf is about. Depeche Mode used to open their shows with Pimpf (it’s pretty creepy and sounds like it could be used in a movie about vampires). You can listen to a clip here.

I believe Depeche Mode was just about as close to being at the top of their musical game with this album. Keyboardist Alan Wilder was definitely a shining star (his rendition of Beethoven’s Moonlight Sonata was a B-side to Little 15), and Martin Gore’s songwriting was also in top form (and David Gahan’s vocals).

I kind of became a fan of The Smiths by pure accident! When my brother got married in 1992, he and his wife “merged” their CD collections and purged all of their “doubles.” This CD was one of the doubles and whom else would get the “doubles” besides yours truly? I almost instantly became smitten with this album. There are only two living persons on this planet whom are qualified to perform in the falsetto range. Steven Patrick Morrissey (aka Smiths lead singer “Morrissey”) is one of them, and Frankie Valli is the other. The Smiths was as much about Morrissey’s unique vocals (nobody BUT Morrissey… sounds like Morrissey) as it was about Johnny Marr’s precision guitar stylings. The two of them were just so… perfect together! Like a cheeseburger with bacon, like a dollop of vanilla ice cream in root beer, like a side of tasty soup with a grilled cheese sandwich (doesn’t HAVE to be tomato) – these things are all “OK” by themselves, but just so great when paired with something else that’s completely awesome. This is probably why I never bothered listening to Morrissey when he went solo. I just felt Marr and Morrissey were greater than the sum of their parts. And in the ’80s, when it was pretty much all about keyboards with a lot of the “new wave” bands, The Smiths was a breath of fresh air with an honest guitar-driven sound. As for songwriting, however, Morrissey’s talent cannot be understated. Whom else but Morrissey could get away with lyrics such as these (from Heaven Knows I’m Miserable Now)? 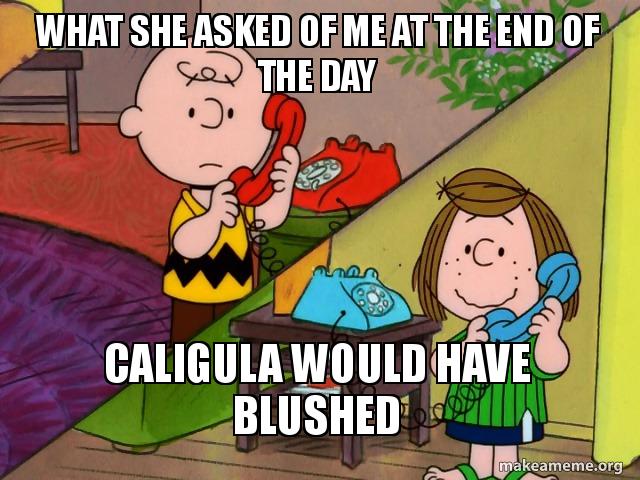 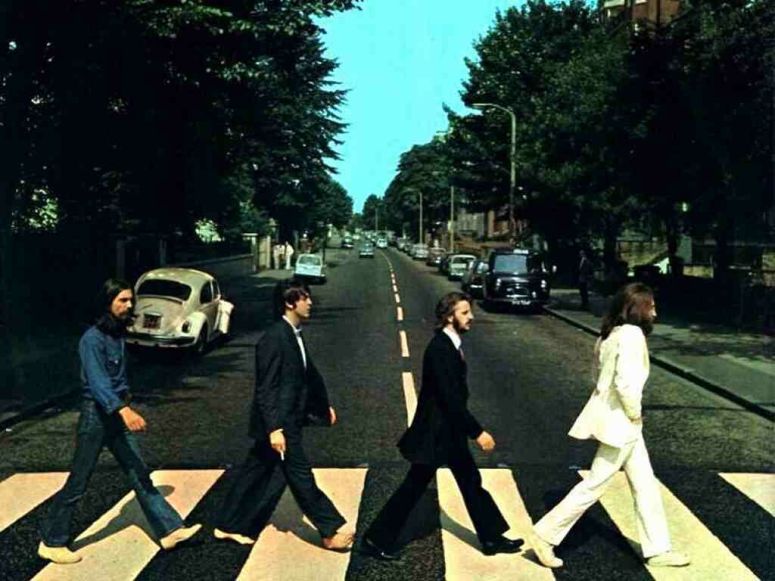 Hey – Octopus’ Garden isn’t the ONLY reason I love this Beatles album! True, it is one of the only Beatles songs written by Richard Starkey (aka Ringo Starr) and it’s about octopuses, which are among the most amazing creatures on this planet. What else is great about this album? This album will take you on a “musical journey!” Especially the tracks You Never Give Me Your Money, Sun King, Mean Mr. Mustard, Polythene Pam, She Came In Through the Bathroom Window, Golden Slumbers, Carry that Weight and The End (which all play essentially as one continuous track as a “medley”). Did you know The Beatles also had a song about a serial killer? Yes, Maxwell’s Silver Hammer (one of my favorite tracks) is about a serial killer – and is on this album.

If you ever look up the term “concept album,” chances are you will come across Pink Floyd’s Dark Side of the Moon! What’s the “concept” of this album? Well, Wikipedia says the themes are conflict, time, greed, death and mental illness. Maybe I’m just biased because I am as much an absolute SUCKER for great keyboard stylings as I am for great acoustic guitar stylings, but this album is a virtual showcase of Pink Floyd keyboardist Richard Wright’s talents. That is not to say, of course, that David Gilmour’s talents as a guitarist are chopped liver, Nick Mason’s talents as a drummer should be overlooked- or Roger Waters’ songwriting talents are “meh,” either! The ONLY track on this album I don’t really care for (but don’t hate it) is Money. Overall, the album is a great collaboration of ALL of the talents of the band members. My favorite tracks are Time and  The Great Gig in the Sky. I want Time played at any funeral or memorial service that is held in my name/memory. The Great Gig in the Sky makes me think of my great-great Aunt Virginia, who died in 2011 (she had been a virtual lifelong musician and even played professionally in a local symphony orchestra). So after she died, I listened to The Great Gig in the Sky and had my own little private moment of grief (RIP Aunt Virginia)! I will always know that you went to The Great Gig In the Sky! A “guest” vocalist sings on this one and it’s just…amazing. You can listen to it here.

The last lyrics of this song, which you can only hear if you’re listening to on headphones – or have it turned up super loud, are downright…haunting (one can only imagine how many drug-induced freakouts it induced):

If you can hear this whispering you are dying

As a side note? Give “The Wizard of Floyd” a try sometime! Queue up The Wizard of Oz on your TV at the same time as you start the Pink Floyd album, turn off the TV’s sound and watch as Pink Floyd’s music plays as a “soundtrack” to the movie (please note it does not cover the whole length of the film).

Another great Pink Floyd album I’ll list as an “honorable mention” is Animals.

Well, that’s it for my “best albums” list! For now, anyway! Who knows what albums might be on this list if I wrote it some other day?