I learned about “Januhairy” this morning. And no, I’m not sharing images of it here. Though there will be a relevant Simpsons meme further down!

I posted a blog about “No Shave November” in…November – but I didn’t go into a lot of detail with it. I think I just wanted an excuse to share a photo of Bradley Cooper with long-ish hair and…a beard.

I have no plans to see A Star is Born – not until I see the OTHER THREE A Star Is Born movies first!

“Januhairy” is essentially a women’s version of “No Shave November,” only they’re doing it in January. Lame. They’re just doing it to get the extra warmth because it’s winter.  If you want to be REALLY bold, why don’t you try “No Shave July?” Yeah  skip the shaving in water park season, ladies!

Honestly…if women want to not shave, tweeze and wax and it’s genuinely empowering to them to be extra furry – so be it. But I think they’re just being trolls (not literally “trolls”). Just looking for a response. Looking for a reason to pounce on people who might have the audacity to say anything about their decisions not to shave – or to dye their armpit hairs. Now TELL me they’re not doing THAT just for attention?

And maybe their significant others truly dig the “furry” look. It takes all kinds. Maybe they don’t give a f— if anyone likes their extra fur. Whatever the case, I refer to this old adage:

You can lead a horse to water, but you can’t make it drink. 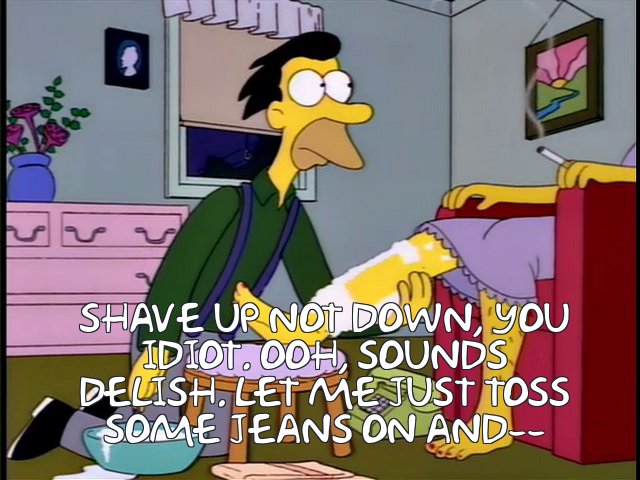 I already have enough problems fitting in with other females. I’m not “girly” enough. I’ve never had a mani/pedi, I’ve never dyed my hair, I don’t watch Ru Paul’s Drag Race and I seldom wear makeup. Making an attempt to style my head hair and using moisturizer on my face that ain’t getting any younger is about as “girly” as I get these days!

Now if I tried to be trendy and participate in “Januhairy,” I have a feeling I would fail. Why? I’m just not that hairy. I’ve gone months without shaving my legs (usually winter/cold weather months) and I don’t even remotely starting to resemble a Yeti. The hairs are barely visible. My brother can’t even grow a beard. My dad’s never had one. None of my uncles have ever sported beards. I apparently come from a long line of not-all-that-hairy people.

So I can just imagine other women looking at my lame attempts to grow an “armpit beard” and making me feel… inadequate.

And THAT is why I will not be participating in “Januhairy!” That and I think it’s disgusting…if I want to feel empowered, I’ll think about other ways to do so besides becoming more furry!