In 1981, I took a road trip with my mom and brother to the sunshine state, aka Florida, where we, among other things, visited Walt Disney World. I was 9 years old at the time, and had a really great time on the trip with pretty much everything we did. I got to see Everglades National Park, went to a local swimming hole near my aunt’s house (which was probably filled with gators), ate my first (and last) corn dog, visited my first water park and the best part of all?

I got to see Key West. If I had to rank the different things I got to do/see on this trip, Key West was my favorite part of visiting Florida. Though it was also nice seeing my cousins James and David, whom had just moved there from Michigan about three years earlier. James, to this day, still keeps most of his sports loyalties in the Great Lakes state. You won’t meet a bigger fan of the Detroit Tigers, Detroit Red Wings, or the University of Michigan than this “naturalized” Floridian! Whenever he visits Michigan, he usually tries to take in a Tigers game. 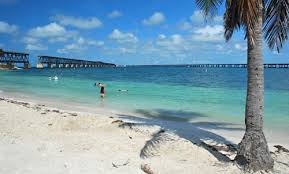 Bahia Honda State Park, in the Florida Keys. I left a pair of sandals here that forced my mom to have to backtrack several miles! More about those sandals in a bit…

So I loved Key West, I loved the Everglades, and I loved the “Wild Waters” water park. What I didn’t love so much? Walt Disney World.

A friend of mine named Kim recently spent a good chunk of Spring Break with her husband and two daughters at the Walt Disney complex in Orlando. THEY DID FIVE DAYS OF DISNEY! Jesus…I could barely stand the ONE day of Disney I did back in April, 1981! If I had kids (thankfully I don’t), I would attempt to negotiate the HELL out of taking them to a “Disney” joint. Keep in mind I’m not a very good negotiator and the kids would hate what I had to offer them!

Here’s how this would play out in my mind:

Me: “Wouldn’t you rather go to Busch Gardens, dear? Or how about Universal Studios? Maybe a rinky dink carnival in a parking lot with some scary carnies and poorly maintained rides?”

This is actually a movie quote from Welcome Home, Roxy Carmichael, which starred Winona Ryder. This is one of my husband’s favorite movies featuring this actress, whom he STILL has a crush on…I liked the movie “OK,” but like the quote “It’s good to want things” even better than the movie itself! It works for SO many occasions…A still from this movie can be seen below… 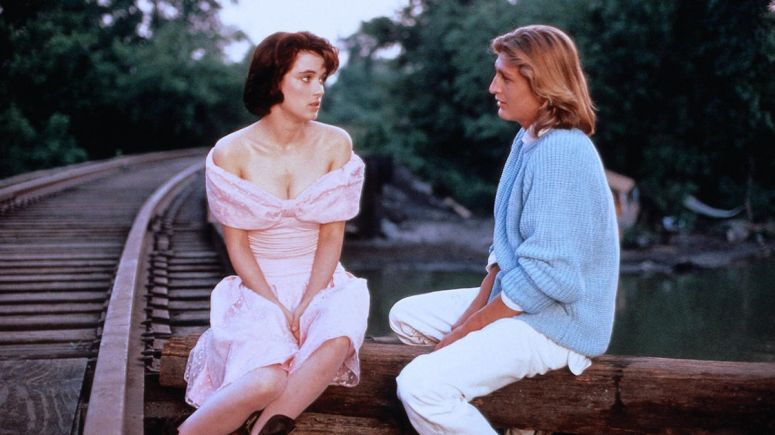 Sooner or later, the kid would probably get wise and ask me why I didn’t want to go to Disney World. And here’s the story I would tell them…

“Once upon a time my brother, mom and I visited Walt Disney World in Orlando, Florida. We were on spring break from school, and spent one day at the so-called ‘Happiest Place on Earth.’ Listen up, dearie, I’m going to tell you the many ways Disney World sucked…”

A costumed mascot named “Surly”  from “Duff Gardens” on The Simpsons.  Great quote, “Surly looks out for one guy…Surly.” This actually isn’t bad as far as mascots go, since Surly’s human face is not obscured. Hm, maybe I’ve hit on something here!

Now I really don’t want to sound ungrateful. There are plenty of kids out there who never got to go to a “Disney” joint but were probably about ready to sell off their most detested sibling for the opportunity to do it. I’m not sorry I visited Walt Disney World. I just didn’t enjoy it! And maybe…just maybe…Walt Disney World is better than it was in 1981.

Doesn’t matter. I’ve always been more of a “Looney Tunes” girl than a Disney girl, anyway…on that note?

One thought on “Why Was I Not Happy At The “Happiest Place On Earth?””