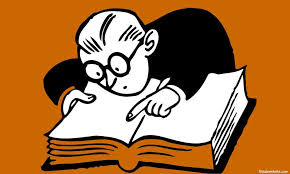 Editor’s note: Some new additions have been made to this list today, be sure to check out “aardwolf” and “triviachasm.”

Here’s a list of some of the strange things trivia players say during games and what they mean! And with that, a glossary of pub trivia terms…AND examples of how they can be used in everyday speech!

Aardwolf – Used specifically by members of my trivia team to describe a very, very obscure answer known specifically by and only by…Mike. Named for a difficult answer he knew (for big points) in a Buzztime game from about 15-20 years ago. “Mike was the big hero for being able to come up the words lodestone and astrolabe in trivia games.”

Accountant – Person on trivia team typically in charge of holding onto gift cards/certificates won in trivia games and deciding how they are spent. Can also describe someone who divvies up prize money won in a tournament. “Heather only lets us use trivia prize money on booze, not food.”

Barhopping – Playing in multiple trivia spots per week, sometimes as a means of qualifying for a tournament, though usually just a sign of a trivia team having at least one trivia junkie among its ranks. “We’ll be barhopping our way to finals this season.”

Betsy Ross – An abysmally easy question. “That ‘Who was the first president of the United States’ question was a total Betsy Ross question!'”

Cinderella Story – Coming from last or near last in the standings to win a game. “Having that final question about Beavis and Butthead Do America and winning the game was a real Cinderella story.”

Dark Horse – When a player who was not thought to have a particular knowledge base surprises everyone when they know an answer. Can also be used to describe a trivia team that unexpectedly does well in a trivia tournament. “Geoff said he grew up without a TV, but he still knew that Aretha Franklin final question answer.”

Doozy – A question every trivia team gets wrong. “That question about Guinea pigs suffering from loneliness was a real doozy.” Similar to “sinker.”

Gigateam – An overly large team, usually with 10 players or more. “That gigateam is cheeering loudly after every answer they get right.”

Hired Guns (or goons) – Trivia players recruited from another trivia team to help out another trivia team, oftentimes for compensation. “We couldn’t play in the tournament, so we found some hired guns who will take a cut of the prizes if they win.”

‘Itis – Term for the state of having an addiction to pub trivia. “Francis plays six nights a week, he really has the ‘itis.”

Megateam – An overly large team, typically seven players or more. “They are going to have to slim down their megateam when we play that semifinal game against them.”

Recap – A written run-down of the questions/events in a trivia game. “Let’s see if Spaceballs posted a recap of their trivia game from Saturday.”

Renegade – Name for a trivia player who typically plays solo games in order to qualify for a trivia spot. “He doesn’t normally play with a team, he’s fine just being a renegade most of the time.”

Ringer – Someone with above-average trivia knowledge. “Thanks for sending that ringer to help us advance in that trivia tournament.”

Scribe – Person who writes down questions during a trivia game, sometimes, but not necessarily, for purposes of writing a recap later. “Ask the team scribe, she wrote down that question.”

Shenanigans – Sometimes called out loud by trivia players in places where every team (or most of the teams) gets a question wrong. Used to be allowed in the My Trivia Live league (where questions that every team misses could get thrown out and replaced unless another team objected), until a couple of players got into a fist fight about it.

Shit the Bed – Having a great regular round game and failing final questions. “We had a good game going until we shit the bed on that final about literary sidekicks.”

Sinker – A question every team in the bar gets wrong. “Too bad we can’t call shenanigans on that question they asked about the top elephant causes of death.” Similar to “doozy.”

Slip Nazi – A player who typically takes charge of points slips in games, typically one who gets testy when another player tries to grab them by force. “Mike got pissed and left the bar for 10 minutes when Heather grabbed the point slip from his hand.”

Slumming – Deliberately playing in a non-competitive trivia spot. “We might have to try slumming if we’re going to qualify for that tournament.”

Social – A question so easy every team in a trivia spot gets correct. “I hate it when the questions are socials, ask something only WE know.”

Sportsball – Typically derogatory term used to describe questions about sports, especially when no experts in sports are in attendance. “Luckliy I got that Troy Aikman sportsball question right without Dave or Brad being there.”

Swag – Term used by some trivia teams to describe trivia prizes, including gift cards, gift certificates or other related items. “We didn’t walk away with any swag last night.”

Triviachasm – Opposite of a triviagasm, describes a question that a player comes so, so close to remembering the answer to but misses it. “I could name every single f—-ing James Bond film except You Only Live Twice,” and “I seriously just read the name of the fictional town the Tom Sawyer books are based on just last week.”

Triviagasm – What happens when a player, usually one player with specialized knowledge, gets to answer a question that they are the only person on the team to know, usually getting very excited in the process of answering said question. “Scott had such a triviagasm when they asked that ‘Knight Rider’ question, he said ‘Now I can die happy.'”

Warming the bench – Playing with a slimmed-down team in order to qualify for a tournament. “We can’t field a whole team tonight, but a couple of us will be warming the bench.”

Wheelhouse – Term describing a trivial knowledge base of an individual, or collectively of a team. “That game sucked last night, those questions were definitely NOT in our wheelhouse.”