The trivia recap from which I took these categories was from WAY back in 2013! I saw that someone recently read this original recap, so I thought I’d use this as the basis for my questions!

1. Beverages – In 2018, what company, primarily known for its single-serve coffee products and machines, acquired the Dr. Pepper/Snapple group in an $18.7 million dollar deal?

3. Actresses – What actress’ acting credits include Peggy Olson on “Mad Men,” Cecilia Kass in The Invisible Man and June Osborne in “The Handmaid’s Tale?”

4. Definitions – What two animals are intertwined in a “caduceus?”

5. Presidential Homes – “The Hermitage” near Nashville, TN was which president’s home?

6. The Moon – What moon phase comes between “first quarter” and “full?”

7. U.S. History – What holiday was celebrated only sporadically from 1863 to 1947 in Vicksburg, Mississippi because of bitterness about the Siege of Vicksburg in the U.S. Civil War? This holiday was referred to as “The day we don’t celebrate” in the Vicksburg Evening Post in an 1883 edition.

8. Languages – After Mexico, which country located in South America is the most populous country in the world to have Spanish as an official language?

9. TV Hosts – John Walsh was the longtime host of what reality crime series?

10. Collegiate Songs – “Far Above Cayuga’s Waters” is the school anthem for which Ivy League university located in Ithaca, N.Y.?

Mystery Round: US city nicknames – identify the following U.S. cities based on their nicknames:

2. Scandals – Jeff Gillooley was the ex-husband of what figure skater whom was banned from compeitive figure skating for life in 1994 after her involvement in an attack on rival figure skater Nancy Kerrigan?

3. Musicals – “Getting to Know You” was a song from what 1944 Rodgers and Hammerstein musical? Yul Brynner was its star in its stage production (is that enough of a hint for you, Mike)?

4. Magazines – William Gaines was the publisher of what humor magazine from 1955 until his death in 1992?

6. Video Games –  What science fiction/strategy video game was released in 1993 by MicroProse for MS-DOS and Mac OS platforms and involved a player attempting to dominate the galaxy through diplomacy and conquest? Yep, another favorite video game of Mike’s!

7. Flags – I really, really hate this category…so I’ll just post a picture of a flag (below) and y’all will have to say what country it belongs to…have fun! The country is part of North America. 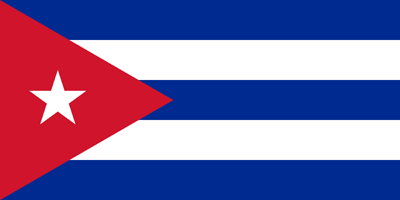 8. Cocktails – What cocktail is made up of two different types of rum and pineapple juice -and shares its name with a Cranberries song that hit #1 on alternative charts in 1994?

9. Company Logos – What sports equipment/apparel company is known for its three stripes logo which also appears on its clothing and shoes?

10. Famous Animals – What name was used for several SeaWorld orca (killer whale) shows and was the stage name given to the “star” of those shows, beginning with the original “star” in the late 1960s and early 1970s? The animal’s name was eventually trademarked by SeaWorld.

Give the last names of the following “Simpsons” characters:

Final Category: What City Am I?
Final Question: What US city fits the following statements?

1. Home to an NBA team and a MLS team
2. County seat of Multnomah County
3. Largest and most populous city in its state
4. Setting of a majority of the books written by Beverly Cleary (she just turned 104 this week)
5. Sits on the Columbia River