Answers revealed in the comments.

Since 1990, four TV series with titles that begin with the letter “F” have been nominated for the Primetime Emmy Award for Outstanding Comedy Series, including Friends, Frasier, and Family Guy. Name the fourth show. 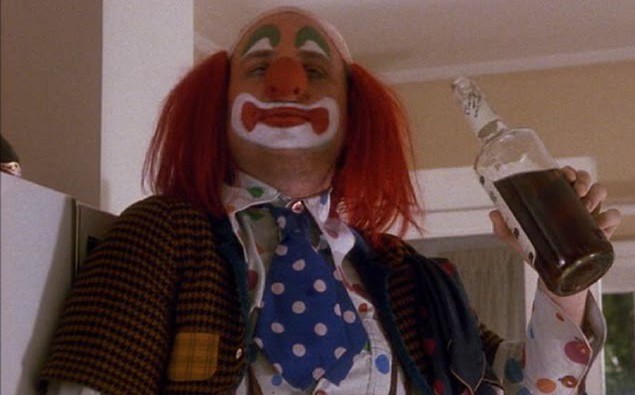 I don’t usually use photos with these posts. But for this movie, I will make an exception! Here’s Bobcat Goldthwaite as a bitter, alcoholic clown.

What word fills the blank in the following movie titles, both of which were released in the last 30 years?
(BLANK) the Clown
The Wind that (BLANK) the Barley