Ireland forward Robbie Keane preparing to score a stoppage time goal against Germany in the 2002 FIFA World Cup in Japan. What’s so special about this goal? This would be the only goal scored against Germany in the entire 2002 World Cup until Germany faced Brazil in the final match (which Brazil won).  This particular match ended in a 1-1 draw. To watch this goal, click here

German ‘keeper Oliver Kahn (left)  after being bested by Keane

You think an Irish player will celebrate this feat lightly? Think again! Keane doing somersaults (the equivalent of a “victory lap”) after his goal. 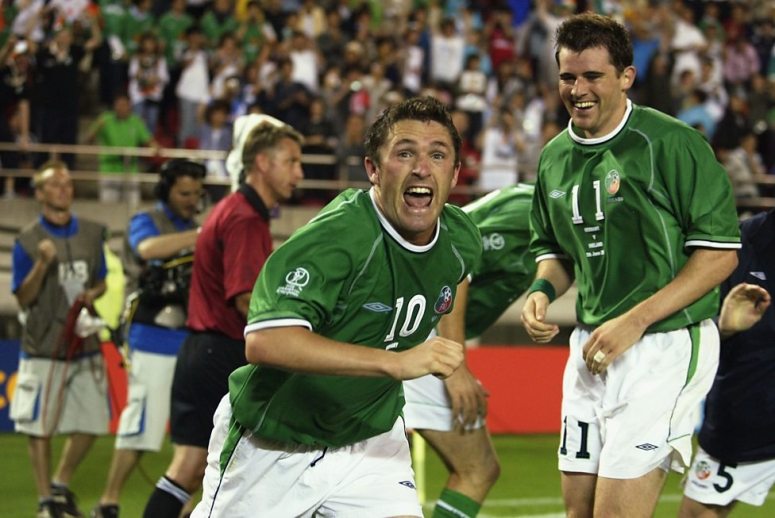 There’s no joy quite like a World Cup goal!