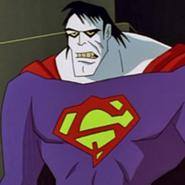 It was a “Bizarro” universe of sorts while we played our regular trivia night Wednesday via Sporcle Live Trivia with Kuma at the Arbor Brewing Company Microbrewery. One of our “sports guys” knew the “Desperate Housewives” answer. Our team’s only woman was the only one knowing the name of the bar on “It’s Always Sunny In Philadelphia.” And she doesn’t even watch the show. That said, the Bizarro effect seemed to work in our favor, as we only missed one question during both regular/mystery rounds and missed the round two final question.
Game One
1. Stage Names: What is the stage name of red-headed stand up comedian Scott Thompson?
2. Bodies of Water: Which US state is home to Mobile Bay?
3. Celebrations: What is the English translation of the French holiday Mardi Gras? Really? Are there people who don’t know this?
4. Nicknames: What singer, known for his love songs, has been nicknamed the Walrus of Love?
Some people call him “Maurice.” 😉
5. NFL Records: In 2006, which NFL player broke Jim Brown’s 41 year old record for fewest games needed to score 100 rushing touchdowns?
Our only miss of the night.
6. Ice Cream: Ben & Jerry’s released four new ice cream flavors known as “cores” which contain a center. Which of the following is NOT one of the cores: caramel, fudge, marshmallow, or raspberry jam?
John stepped up and knew this one. Wouldn’t peg him for an “ice cream guy,” but we’ll take it!
7. Scientists: Which modern day country is home to the birthplace of physicist Nicola Tesla?
8. Actresses: Which actress appeared in The First Wives Club, Wildcats, and Sugar Land Express? Heb’s first heroic moment of the night.
9. Poets: Which poet penned the famous line “Some say the world will end in fire, Some say in ice?”
Thanks Joel!
10. 90s TV: What drama, debuting in 1994, launched the careers of Jennifer Love Hewitt, Neve Campbell, and Matthew Fox?Mystery Round: All answers are two words both beginning with the letter P
1. The female protagonist of the Super Mario video game series
2. The bar in It’s Always Sunny in Philadelphia
3. The nickname of both tennis player Sampras and basketball player Maravich
4. The leader of the Khmer Rouge

Final Category: Science!
Final Question: Within five degrees, what is the only temperature that is the same on both the Fahrenheit and Celsius scales?

An easy question for our team.

3. Cool People and Jeff (won a tiebreaker against Your Resume sucks), (81); 2. Don’t Forget to Strip Your Bartender, (82) 1. Miskatonic, 83 (we wagered strategically yet again).
Game Two
1. MLB Pitchers: Despite being born without a right hand, what MLB pitcher won 87 games between 1989 and 1999? Turns out this guy grew up in the same area as our team captain Heb. Some cousins of hers even graduated from the same high school.
2. Cars: What car model made by Pontiac in the 1960s and 1970s shared its name with a county in California?
And our professional “traveler” (aka pilot) Joel was the hero here. Kuma offered multiple choice but the bar resoundingly said “no.”a
3. Audio clue from “Emperor’s New Groove.”

4. TV Settings: On Desperate Housewives, what is the name of the street on which most of the main characters live?
One our “sports guys” Dave knew this one through “spousemosis.” Absorbing knowledge via a spouse. We made the word up…
5. Military: What failed military action led John F. Kennedy to say “Victory has a thousand fathers, but defeat is an orphan?”
One Toledo venue had a different question (glad it wasn’t ours): Senators: What late five term Senator from North Carolina nicknamed Senator No was known for his obstructionism as well as his racially charged language and his public denouncement of homosexuality during the AIDS crisis?
6. Fossils: What was the female name given to the fossil unearthed by Donald Johanson in Ethiopia in 1974?
Science!
7. World Geography: What is the only country in Central American that does not have a coastline on the Caribbean Sea?
And Mike’s knowledge of Central American geography kicked in here.
8. Title Characters: What three actors portrayed the title characters in the 1986 film The Three Amigos?
9. Advertising: What cosmetics company aired an ad during the 2014 Winter Olympics closing ceremony that featured several famous women celebrating female empowerment called “Girls Can?”
Lucky guess.
10. Arcade Games: In the classic arcade game Space Invaders, how many rows of aliens had to be defeated?
This time the players accepted Kuma’s offer of multiple choice.

Visual mystery round: see the Steele Shivers‘ page to view them.

Final Category: Candy
Final Question: In February 2014, what candy bar was named by Time Magazine to be the world’s most influential due to it being the first candy marketed around the concept of sharing as well as the first to earn a global following?

We batted around the correct answer, but didn’t write it on the slip. No sweep for us, but that’s OK…